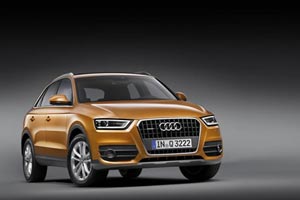 The compact SUV market is growing in leaps and bounds and vehicles at the lower end of the market seem to be selling before they even reach the showroom floor.

At the upper end of the market there hasn’t been much in the way of competition for the BMW X1 but Audi could be about to change all that next year because that’s when the Audi Q3 reaches Australia. As you would expect from Audi, the Q3 has the looks and everything else it needs to make a splash in the compact SUV market.

The Audi Q3 is just 4.39 metres long, 1.83 metres wide and 1.60 metres tall and in Europe it will be sold in two versions. The Q3 weights just 1,500kg and to keep the weight down Audi has aluminium for the bonnet and tailgate. 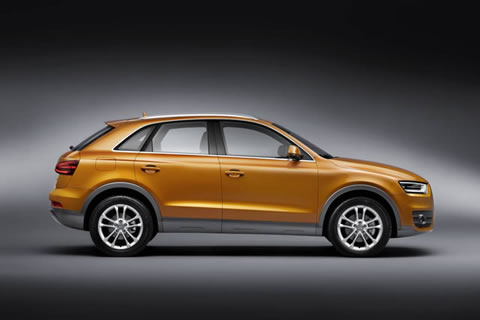 The engine
The Audi Q3 that will be sold in Europe comes with a choice of four engines … two diesel and two petrol. All four engines will have a displacement of 2.0-litres and come with direct fuel injection, a turbo charger, start-stop system and an energy recovery system.

The 2.0-litre TDI engines will produce 130kW and 155kW of power. The less powerful diesel engine will come with the six-speed manual transmission as standard while the 155kW diesel will have the seven-speed auto box as standard. Audi plans on releasing the 130kW diesel some time after the debut of the Q3 fitted with the other three engines.

The two petrol engines and the 155kW diesel will be paired with quattro permanent all-wheel drive while Q3 models fitted with less powerful diesel engine will be front-wheel drive only. In this guise Audi claims fuel consumption figures of just 5.2L/100km. 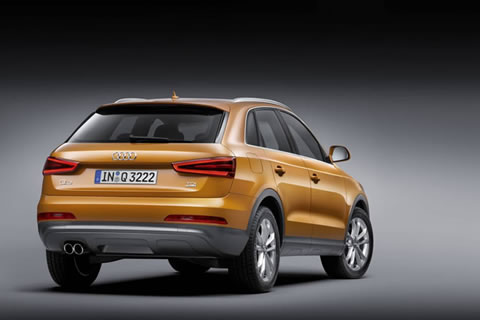 Interior
The interior features quality inclusions in five different color concepts. Buyers have the choice of three different fabric designs and three different leather designs for the upholstery and there are four optional inlays. 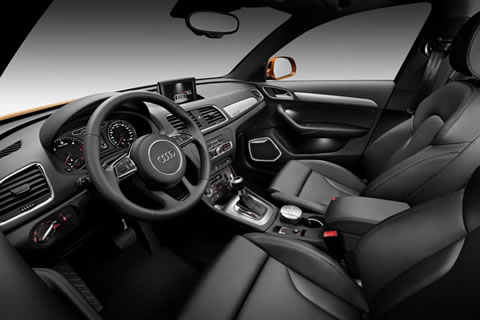 Audi drive select is an option with all four engine types. This accesses the accelerator and steering in the manual versions and it also accesses the cruise control and transmission in those versions fitted with automatic transmission.

The drive select comes with four settings … comfort, auto, dynamic and efficiency modes … that can be accessed by the driver. Each setting will alter the way the vehicle accelerates and handles as well as controlling the air conditioning and the cruise control

The space for luggage varies from 460 litres to 1,365 litres depending on whether the rear seats are in the upright or lowered position and towing capacity is 2.0 tonnes. 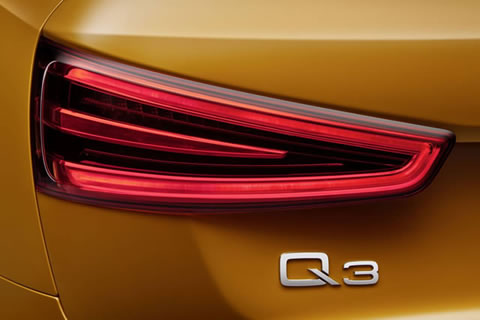 Safety
Safety features on the Q3 include an electronic stabilization programme that can also stabilize a trailer if you’re towing one, side assist radar that will warn you if the lane you’re moving into already contains a vehicle you might hit and active lane assist that will automatically adjust the steering if the driver begins to wander into an adjacent lane.

There are also five different systems to help drivers park the Q3.

Perhaps not so safe is an innovation that will be fitted to the automatic versions of the Q3 that will disengage the clutch when the driver has selected the efficiency mode and when the Q3 is coasting. That means that the vehicle will then be able allow it to free wheel and any engine braking will be cut out. It might save some fuel but I’m not sure I would be comfortable having something like that occur whenever I took my foot off the accelerator.

The Audi Q3 will be produced at the Audi factory in Spain and it will go on sale in Europe in June. Here in Australia we will have to wait till some time in the first half of 2012.