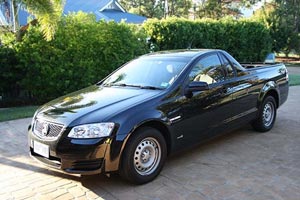 For more years than most of us can remember Holden and Ford dominated the Australian Ute market but of course that domination has waned in recent years as Toyota and some of the other Japanese car makers have become more popular in the average ute buyer’s eyes.

These days Holden still produces utes but the ones that really sell for the company are those that appeal to people who may never put anything in the back of their ute but want to show other road users that they need to drive a lean mean machine.

In fact sports utes have become so popular that you will see lots of advertising for those SV6 and SS utes but almost nothing for the real workhorse in the Holden ute fleet … the Series II Omega Ute. And that’s a shame because the Holden Series II Omega Ute has a lot of good things going for it … as we found out recently when we spent a week road testing one.

The Series II Omega Ute that we tested was about as vanilla as you can get. It was the basic model with absolutely no extras at all and yet it had just about everything that a ute owner could want in power, comfort and safety.

Safety and comfort
The Omega has a 5-star ANCAP safety rating so you know that it comes with all the safety gear to protect you and the passenger in case of an accident. It also comes with the touch-screen Holden-iQ sound system (but without the virtual CD stacker) and air conditioning with dual-zone climate control, cruise control and a full side and bottom liner for the rear.

While the wheels are only 16” steel rims the average hoon can still get confused by the dual exhausts and begin to think that the Omega is actually an SV or an SS ute in disguise. It becomes even more confusing for them if you choose the black colour for your ute.

Space  and comfort inside the Omega Ute was surprising … there was more than enough legroom for a tall driver and the seats provided plenty of support. While I had no problem in the passenger seat others did find that the seating position might have been a bit low and the other half of the team could never find the sweet spot for the seat … it was either too close to the dash or too far away. 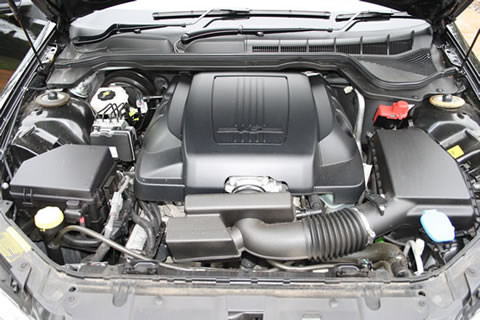 The engine and transmission
The Holden Omega ute comes equipped with the standard 3.0L SIDI Direct Injection V6 engine coupled to a six-speed automatic transmission. Usually that’s a great combination and most of the time it worked well in the test vehicle but there were times when there was a lot of roar from the responsive engine and not much go from the transmission as it wanted to think about just which gear it should be in.

If you read the other Commodore reviews here at AussieMotoring.com you will see that we’re not big fans of the cruise control fitted to the Commodores and the one in the Omega Ute didn’t do anything to improve our view.

While this one certainly changed down at appropriate times when we were heading up a hill I actually found that I could get better fuel consumption figures with the cruise control switched off.

Holden claim a very reasonable 9.6L/100km on a combined cycle and we got very close to that figure just driving around town and improved on it when we were traveling on what passes for a highway in this part of the country. 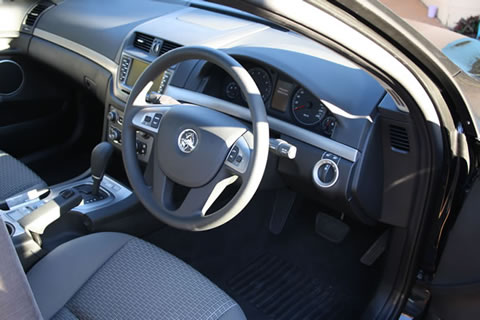 In the distant past Holden Utes were always built on the same chassis as their sedan counterparts but these days the Holden Ute is longer than the sedan. The exact figures are 4899mm for the sedan and 5060mm for the ute and that’s something you don’t notice till you park it in your average supermarket’s car park.

Unfortunately time constraints prevented me from taking the test ute off the tar and maybe the back might bounce around a bit on the corrugations you find on a typical dirt road but I wouldn’t be surprised if it was just as predictable on dirt as it is on tar. 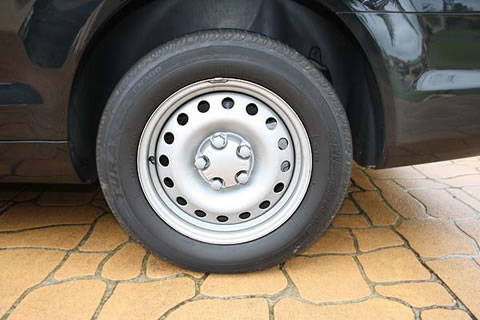 What I missed
As I said before, the Omega Ute we tested was the absolute basic model and it came with no fancy extras and that worked for me … almost all of the time. The one thing I missed in the Omega Ute was a sat/nav system. The fact that I didn’t have one didn’t bother me till I was lost in Brisbane with a passenger who can’t read a street directory and no real idea of how close I was to where I wanted to go.

I suppose we managed to cope in the past when there were no sat/nav systems but I’ve been living in the modern era for too long. If I was buying an Omega Ute I’d pay the extra and get the Holden satellite navigation system … if only it was an option.

It really is huge and even fiddling with the rear view mirror on the driver’s door didn’t get rid of it entirely. That blind spot made changing lanes more of a chore than it should have been … I had to look over my shoulder, lean forward to get a better view from the mirror and only then make the change. 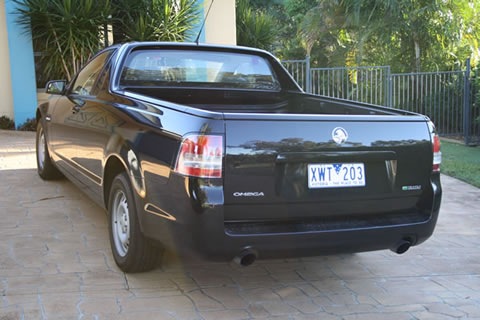 Conclusion
I guess that the ultimate question for any reviewer is … would I buy one? And if I needed a solid ute that gave me some carrying capacity and comfort at a reasonable price then the Holden Series II Omega Ute would definitely be what I would choose.

But of course I’m not in the market for a ute of any kind so perhaps a better measure of how I found the Omega Ute is tell you that I was a bit sad to give it back at the end of the test while the other half of the team wasn’t so sad at returning it.

She thought that it was good to drive but wasn’t so keen on being a passenger.