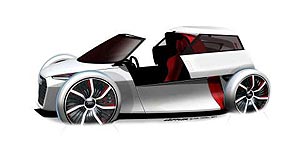 That’s the new Audi Urban Concept … a car where lightweight construction is everything anything deemed to be unnecessary weight has been tossed out.

The 21 inch wheels are free-standing and surrounded by protective plates that feature blinking strips of LED light.

It seats two but it’s not the sort of car you would want to take your girlfriend out in it. 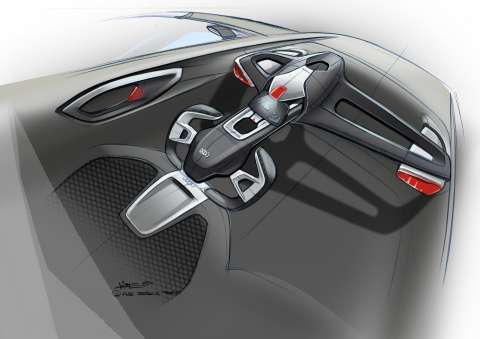 If you want to get into the Audi Urban Concept you slide the roof back and the steering wheel and foot controls can be adjusted to each driver’s body measurements.

The cockpit is made of carbon fibre-reinforced polymer and the seat mounts are integrated into it.

Two electric motors propel the car and they’re powered by a lithium-ion battery. Audi doesn’t actually say where that battery is but this car looks so futuristic that the designer could have incorporated it into the seats.