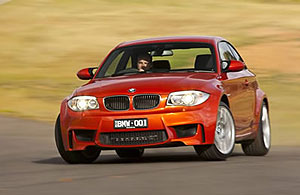 The BMW 1 Series is basically the entry level for lesser mortals who can’t afford something a lot more expensive than your average Korean set of wheels but there’s nothing entry level about the 1 Series M Coupe. It comes with a price tag of $99,900 plus dealer and government charges.

However you definitely get something very special for that price … in fact the BMW 1 Series M coupe comes with a rather high level of standard features that include a professional navigation system, voice control, internet access, remote alarm system, adaptive xenon headlights, an outstanding sound system. M servotronic and M Drive.

And of course that list doesn’t include the leather upholstery, the multi-function steering wheel, an air-conditioning system that includes solar and condensation sensors. the set-up changes that happen simply by pressing a button and turn the car from a sedate coupe into a drifting, hard cornering little beast with an engine that will blow your socks. 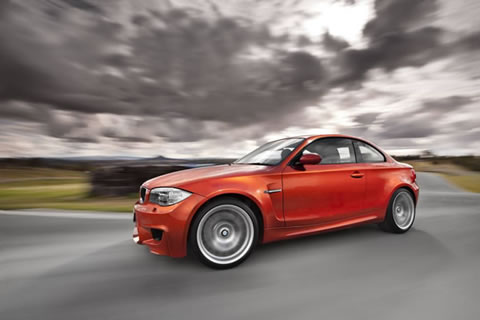 Of course there’s even more … but then that’s what you would expect in a car that has a price tag that just manages to avoid reaching six figures.

The engine and transmission

Think what you could do with a 3.0-litre inline six-cylinder engine that includes twin turbos and direct injection that can take you from a standing start to 100km/h in just 4.9 seconds and now you’re thinking along the same lines as BMW. 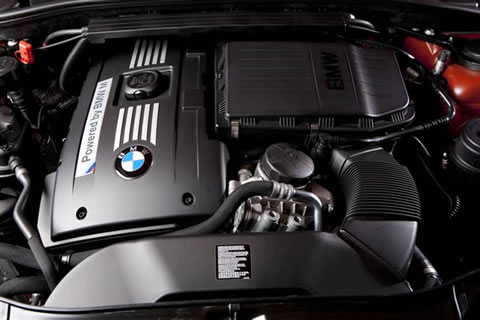 While the engine has been around for a while the six-speed manual transmission is new. It features dry sump lubrication and is operated by what BMW describe as “a very short M gearshift lever.

To keep all that power under control the BMW 1 Series M coupe comes with a variable diff lock on the rear axle that provides up to 100 per cent locking power.

As I said earlier, this combination can hurl the 1 Series M Coupe from 0 to 100km/h and it can also take the car well beyond that speed. Add another 12.4 seconds and you’re doing 200km/h and at 250km/h the engine control system cuts in and hopefully saves you from killing yourself at the next corner.

The BMW 1 Series M Coupe is fitted with brake energy regeneration. This system concentrates the generation of electrical current for the vehicle’s power system to times when the car is coasting or braking. 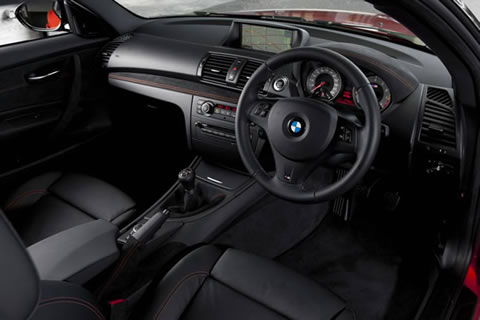 Other energy saving measures include auxiliary units that only draw energy when active and that means that the 1 Series M Coupe is a car that’s miserly with the energy it creates and the less energy it’s called on to create the less fuel it’s going to use.

That means that this fire-breathing little monster and it’s inline six-cylinder engine uses just 9.6L/100km and produces a CO2 level of 224 grams per kilometre. 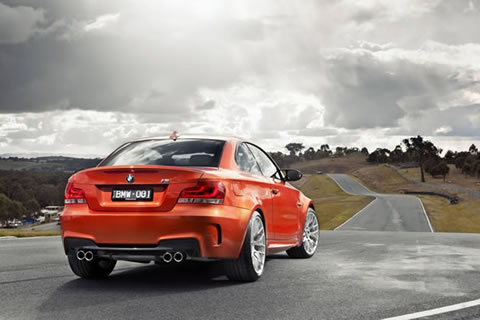 So just because this BMW has a 1 in the model name don’t be fooled into thinking that this is an entry level beemer … it’s far more than that and it’s got a price tag to prove it.