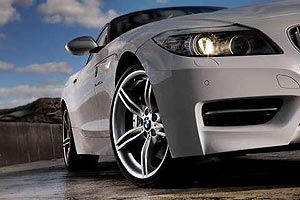 If you don’t like paying tax then you’re sure to hate having to pay the Government’s Luxury Car Tax but now you can buy a Beemer and dodge that nasty little tax completely.

And it’s not just one of the entry level 1 Series that you have to buy to beat the tax … you can actually splash out and buy a Z4 Roadster and still not pay the tax. Of course not all Z4 Roadsters come in under the threshold for the tax … but the BMW Z4 sDrive28i certainly does.

It wasn’t always that way though but BMW has just turbocharged the entire Z4 Roadster range and replaced the previous six-cylinder engine with a four-cylinder donk and that has brought the price down.

And there’s also a smaller Z4 … the Z4 sDrive20i … that replaces the naturally aspirated Z4 sDrive23i and with a retail price of $76,900 that’s the cheapest Z4 on the market today. 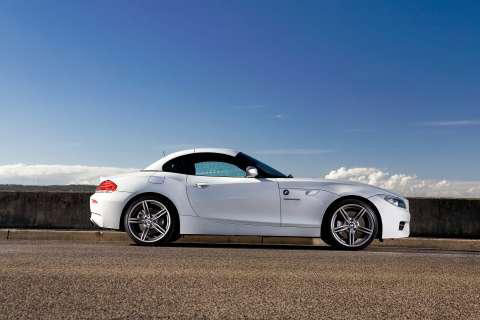 The Z4 sDrive28i’s four-cylinder engine produces 180kW of power and 350Nm of torque. It takes the Roadster from 0 to 100km/h in just 5.7 seconds but manages to return fuel consumption figures of 8.5L/100km.

Obviously the Z4 sDrive20i’s engine is smaller but it still produces plenty of power … 135kW and 270Nm of torque. It’s also a miser when it comes to using fuel and delivers fuel consumption figures of 6.7L/100km.

Both engines are coupled to a six-speed manual transmission as standard but buyers can choose a new eight-speed Sort Automatic Transmission that includes unidirectional gearshift paddles.

So if you want to thumb your nose at the tax man and still drive a BMW Z4 roadster you can … just so long as you can wait till they hit the showroom floors in November.

Mess with the Government – Buy a BMW Z4 Roadster