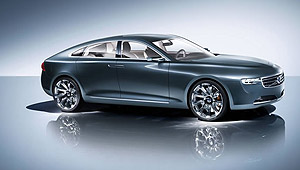 It seems that most concept cars these days are all about minimalism … at least in the outward appearance of the car. Even Audi wants you to start thinking about driving to work in a car that looks like it’s an escapee from a Formula 1 garage.

So it’s always a little refreshing … if not politically correct … to see a concept car that’s unashamedly all about luxury and that’s what Volvo have produced in with their latest concept car … the Concept You.

For the driver the Concept You is all about touch and keeping the driver informed without distracting him.

The control centre is divided into four main areas … a driver information monitor located on the dash behind the steering wheel, a heads-up display on the windscreen, a touch-screen in the upper part of the centre console and rear-seat passengers also have a touch-screen between the individual rear seats. There are also some controls on the steering wheel. 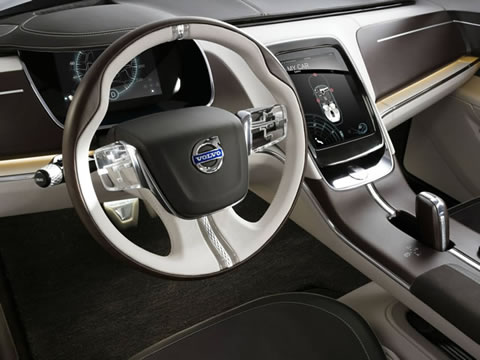 Thanks to an infra-red camera that registers the driver’s eye movements the touch-screen in the centre console remains blank until the driver actually looks at it. Other sensors register hand movements and trigger the infotainment system’s controls while yet more sensors monitor the front-seat passenger.

Some of the information displayed on the centre consol screen can be moved to the heads-up display and can even move some of that data to the display between the rear seats.

For passengers the Concept You is all about cultivated comfort.

The four individual seats for driver and passengers feature suede and leather upholstery that gradually changes from dark to light as your eye moves towards the rear of the cabin. The front seats feature suede in the centre to provide extra grip and suede on the sides while the rear seats are reversed with leather in the centre for extra comfort. 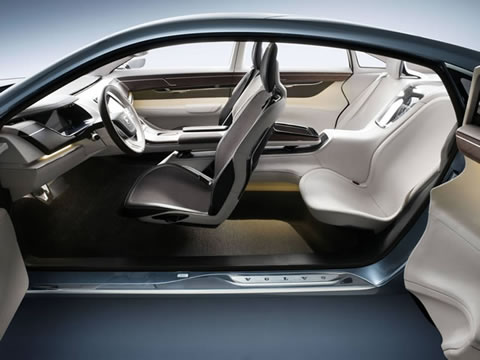 And while most of us think that any sort of carpet on the floors of our cars is pretty good the Volvo Concept You is a luxury car so just any old carpet just won’t do. That’s why the carpet in the Concept You is hand-tufted wool that’s graded from firm at the front to soft for the rear seat passengers.

The exterior … for those of you who do want to know something about the outside of the car I can tell you that the Concept You rides on 21-inch polished aluminium wheels. The brakes are ventilated discs developed by Volvo’s racing specialists and the headlights consist of four blocks of LED lights. 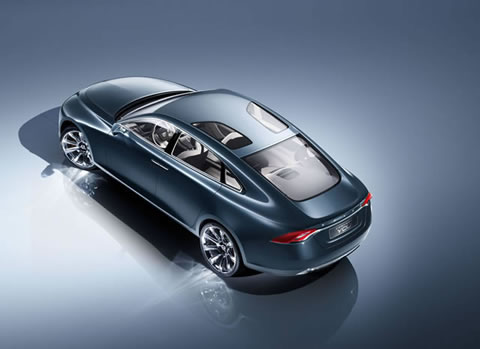 Now isn’t that a concept car that’s worth drooling over … sure we need to face a future where less is more but sometimes it’s fun to dream about a little luxury and finesse.