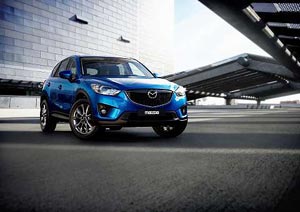 As you would expect with a new vehicle from Mazda, the CX5 features a complete set of Mazda’s new SKYACTIV technologies for engines and transmissions.

The Mazda CX5 will be available with petrol or diesel engines combined with a new SKYACTIVE-DRIVE six-speed automatic gearbox or the equally new SKYACTIV-MT six-speed manual gearbox. While Mazda have yet to announce fuel consumption figures for these new engine/transmission combinations they have been able to achieve CO2 emissions of less than 120g/km for the SKYACTIVE-D 2.2 diesel front-wheel drive model with manual transmission. 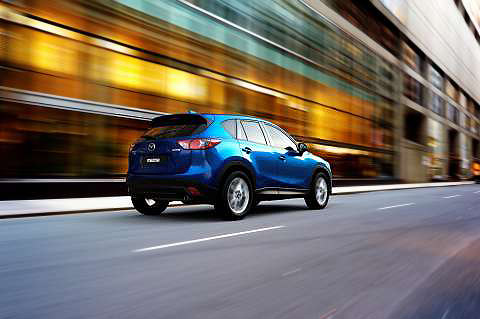 Despite being compact Mazda says that the CX5 comes with “generous boot volume and rear leg-room” and low noise levels.

Mazda is also keen to give the Mazda CX5 plenty of safety credentials and Rear Vehicle Monitoring will be available in some countries and in some model specs. New safety features including Smart City Brake Support, High-Beam Control and Lane Departure Warning will also be offered in the Mazda CX5.

The Mazda CX5 will hit the first showroom floors in early 2012 but there is no word yet on when we will see it here in Australia.