Skip to content
Posted in Holden By Stuart LiveseyPosted on September 23, 2011September 11, 2018 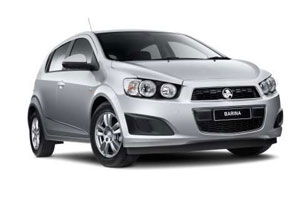 The new Holden Barina Hatch has been released and … with a driveaway price of just $16,990 Holden is going to be a very attractive option for buyers in what is a very competitive part of the new car market.

Of course there are cheaper alternatives to the Holden Barina but there’s a strong attraction in the brand name … people still consider that if a car is carrying the Holden badge then it must be an Australian car and that’s an important consideration when they’re deciding what to buy.

This version of the Barina comes from Korea but who will look beyond the Holden badge?

So what will a buyer get in their “Australian” Barina?

Safety
Well for a start people who buy the 2011 Barina are going to get a small car that has achieved a 5-star ANCAP safety rating and that puts it ahead of many of its competitors. 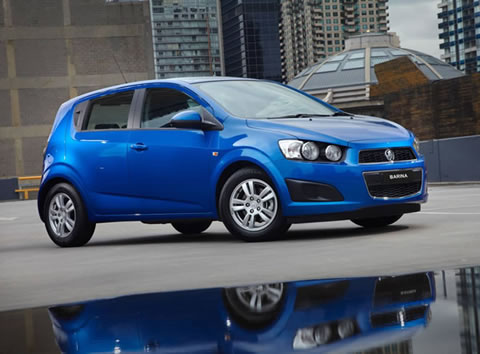 Exterior
Concealed rear door handles give the impression that the new Barina Hatch is a three-door car and Holden say that is supported by the couple-like body profile.

The designers have pushed the wheels even closer to the four corners of the vehicle to add to its stability and give it a sportier appearance.

Interior
Holden claims that their new Barina Hatch has one of the largest interiors in its segment and the motorcycle-inspired instrument panel that appeared in the Barina Spark has been carried over to the hatch.

An analogue tacho is set within an asymmetrical LCD readout alongside a digital speedo. 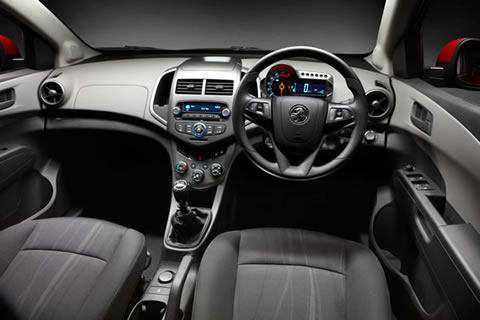 Storage pockets have been included on either side of the centre stack and upper instrument panel and the glove box has two levels and two concealed storage areas with USB and auxiliary outlets.

The rear seat has the usual 60/40 split fold option so that it’s easy to increase the luggage area. With the seats up there is 290 litres of space but with the rear seat fully folded flat that increases to 653 litres.

Black cloth trim is standard on the Barina Hatch regardless of which colour a buyer chooses for the exterior.

The engine and transmission
The new Barina Hatch is powered by a 1.6-litre double overhead cam 4-cylinder engine that produces 85kW of power. The standard transmission is a 5-speed manual box and there’s a 6-speed auto with Active Select available as an option. 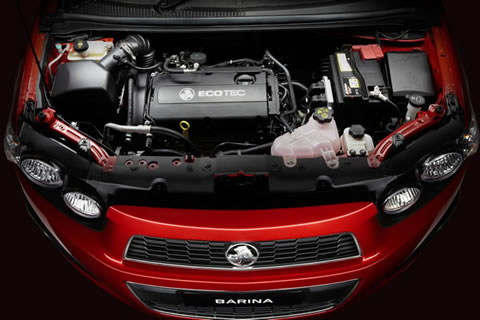 Retail Prices
I’ve already mentioned that the 5-speed manual version will be available at a driveaway price of $16,990 and that’s just $1,000 over the retail price. You can add another $2,000 to the manual’s retail price for the automatic box. 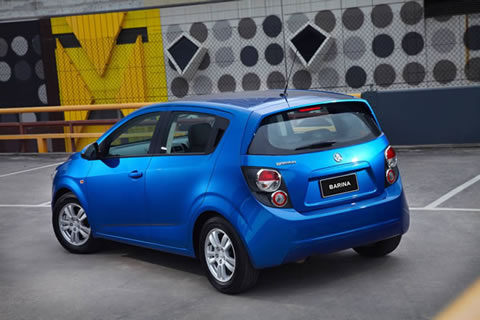 The new Barina Hatch will go on sale in Australia from November.