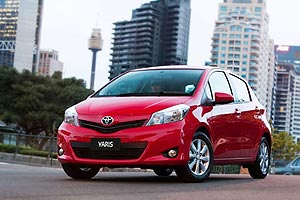 Toyota have released the all-new 2011 Yaris and it’s different. The quirky little car with the big speedo set in the middle of the dashboard has gone and it’s been replaced by something that manages to be both more middle-of-the-road and at the same time more sporty.

The 2011 Toyota Yaris is bigger, stronger, better equipped and some variants are even a little cheaper than previous models.

The models
Basically there are two models in the 2011 Yaris lineup … a 3-door hatch and a 5-door hatch that come in several different equipment levels. The entry level in both models is the YR with a choice of 5-speed manual as standard or a 4-speed auto for and extra $1,600.00 coupled to a 1.3-litre engine.

The Yaris YR is available as either a 3-door or 5-door hatch. Even though we’re talking about an entry level mode the YR comes with an extensive range of standard equipment including stability control, anti-skid braking, electric power steering, 7 airbags, whiplash-injury lessening front seats, a 4 speaker audio system with voice control and MP3 input and Bluetooth compatibility, 60/40 split rear seats and the option of cruise control for an additional $650.00. 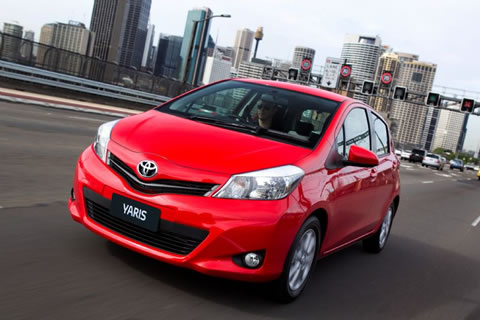 The Yaris YRS comes as either a 3-door or five door hatch with a 1.5-litre engine. It’s also available as either the standard 5-speed manual or the 4-speed auto for an additional $1,600.00.

In the Yaris YRS you get all the features of the YR plus a premium steering wheel, premium shift lever knob, cruise control, and an upgraded audio system with 6 speakers.

The Yaris YRX is only available as a 5-door hatch with a 1.5-litre engine coupled to a 4-speed auto box. The YRX comes with all the features of the YRS plus 15-inch alloy wheels, auto headlamps, front fog lamps, automatic climate control air conditioning and an even more up-market audio system that features satellite navigation.

Prices for YRX start at $21,390 (plus dealer and government charges). 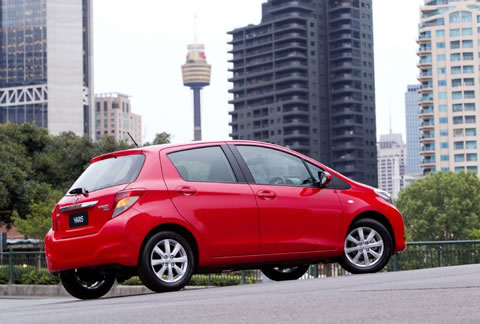 The Yaris ZR is the top-of-the range variant in the 2011 Toyota Yaris lineup. It’s the sports version of the Yaris so it’s only available as a 3-door hatch with a 1.5-litre engine coupled to a 5-speed manual box.

The Yaris ZR comes with all the features of the YRX plus sports bumpers front and rear, sports grille and headlamps, rear spoiler, side skirts, sports front seats and an exhaust pipe diffuser.

Prices for ZR start at $21,390 (plus dealer and government charges).

The engines
The new Yaris comes with a choice of two engines. The 1.3-litre 2NZ-FE produces 63lW of power at 6,000 rpm and 121Nm of torque at 4,400 rpm. It has a minimum fuel octane rating of 91RON and it meets Euro IV emission standards.

The manual version will return 5.7L/100km on a combined cycle while the automatic version is slightly less economical returning figures of 6.3L/100km.

The body
The 2011 Yaris is slightly longer than previous versions and most of that increase in length has been used to improve space in the cabin. The backs of the front seats have been re-shaped to improve leg-room for rear-seat passengers and the spare-tyre has been downsized to increase useable space in the boot. 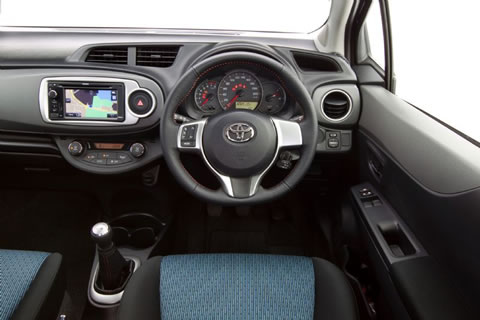 For the driver
Obviously the dash has been totally re-designed and when our Mick Olsen did the Yaris test drive he thought that improved dash was a major improvement.

Will it sell?
It’s a Toyota … it’s sure to sell in large quantities.