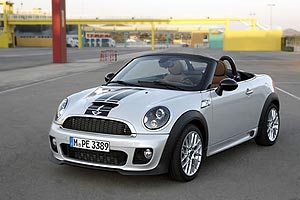 You may not remember the days when a Mini was just that … a Mini and the only variation was in the colour … but some of us fondly remember those days. Life was simple and a Mini was great first car.

Those days have long gone and now we have BMW’s MINI in just about any form and variant that you could hope for … but one form of the MINI has been missing until now … the Roadster.

The new MINI Roadster comes with a choice of three petrol and one diesel engine with either a six-speed manual or six-speed automatic transmission.

The engines
The MINI Cooper Roadster is the entry level version. It comes with a 1.6-litre four-cylinder engine with a variable valve control system that’s based on the Valvetronic technology used in BMW engines. That engine delivers 135kW of power at 5,500 rpm and maqximum torque of 160Nm cuts in at just 4,250 rpm and it will take the MINI Roadster to 100km/h in 9.2 seconds and deliver an average fuel consumption of 5.7L/100km 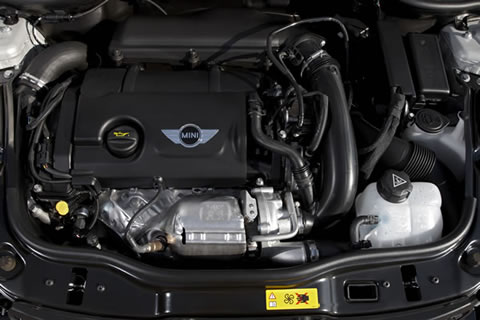 The MINI Cooper S comes with the addition of MINI TwinPower Turbo technology that allows the 1.6-litre engine to deliver 135kW of power at 5,500rpm and with the benefit of the Overboost function the Cooper S can hit 100km/h in 7.2 seconds. Average fuel consumption is 6L/100km.

If you want even more power then you’ll want the John Cooper Works MINI. It’s also powered by a 1.6-litre engine but this one delivers 155kW of power and peak torque of 260Nm cuts in at a low 1,850 rpm and that hurls the MINI up to 100km/h in just 6.5 seconds. Of course fuel consumption suffers a little but you’re still going to be laughing with an average fuel consumption of just7.3L/100km.

For those who do want economy there’s also a turbo-charge diesel engine available that develops 105kW of power and returns an average of 4.5L/100km. But don’t think that the diesel is something of a snail because it certainly isn’t. At 8.1 seconds to reach 100km/h it’s a whole second faster than the basic petrol model. 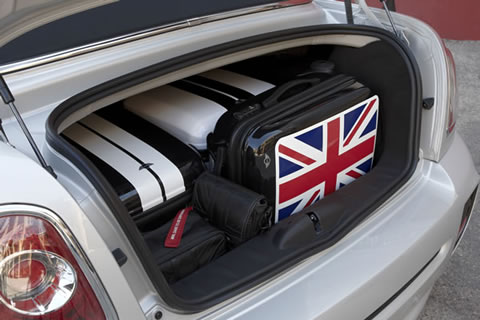 The body
Because this MINI is a genuine Roadster there’s no rear seat so that extra space has been added to the boot.

Other features of the new MINI Roadster include stainless steel rollover bars, reinforced windscreen frame, stiffening at the rear of the body shell and an active rear spoiler that deploys automatically at speeds in excess of 80km/h (it can also be manually deployed).

Rather oddly the MINI Roadster … a 2-seater … comes with three cup holders (at least that’s what the press release from BMW here in Australia says)  and surprisingly the soft top can only be deployed manually. 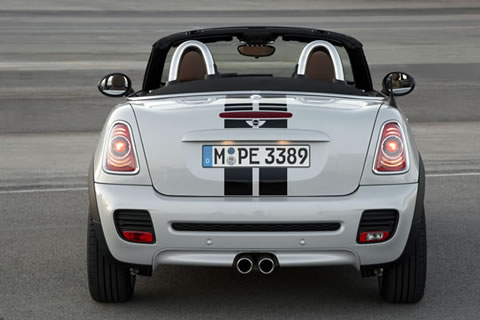 Safety and comfort
The MINI Roadster is fitted with all the safety features that you would expect … ABS brakes, electronic brake force distribution, cornering brake control, dynamic stability control with brake assist with hill start assist. Dynamic traction control and electronic differential lock control are optional on all models.

Head-thorax airbags built into the outer side of the seat backs are also included as is a tyre defect indicator.

To make driving more bearable for the occupants there’s air conditioning, height-adjustable seats, an audio system and electric mirrors as standard. Options include an upgraded audio system with navigation and an app that allows you to connection to all the Google and important social networks. Adaptive headlights, a multi-function steering wheel, heated seats, a rear luggage carrier rack and an on-board computer are also available too. 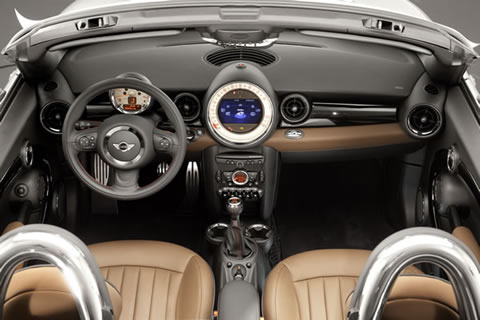 The interior
There’s a variety of seat and upholstery finishes to choose from and trim stips can be added to further customize the interior.

The price
That is yet to be announced.