Now what would happen here in Australia if Kia suddenly announced that it was about to start selling electric vehicles here? Would there be a rush to buy them?

Probably not because we’re still seriously lacking in the infrastructure needed to support a move to electric vehicles. Sure anyone can get whatever they might need to charge their car at home … and maybe that can be as simple as buying a long extension lead … but what about those times when you need to charge your car while you’re away from home?

Well for Koreans that’s not all that much of a problem … they already have 500 fast/slow charging stations and the government plans to increase that number to 3,100 by the end of 2012. I guess that’s why Kia was prepared to launch Korea’s first production electric vehicle just before Christmas.

The Kia Ray EV is based on the conventionally powered Kia Ray CUV a 1.0-litre petrol powered front-wheel drive town car that went on sale in Korea in November and because of that it can share the same production line as its petrol powered sibling. 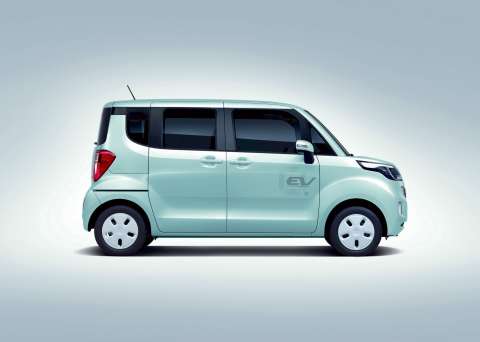 The engine
The Kia Ray EV is driven by a 50kW electric motor that draws its power from a 16.4kW hour lithium ion polymer battery pack that’s designed to last for 10 years. The battery pack that ‘s designed to fit under the rear seat and under the cabin floor does add an extra 187kg to the weight of the Ray EV but the torque supplied by the electric motor is greater than the torque supplied by the petrol engine in the Ray CUV so the extra weight doesn’t hold the EV back.

In fact the EV out accelerates the conventionally powered CUV.

Range
Of course the range of any electric vehicle is limited and the EV is no exception. It has a range of up to 139km before it needs recharging. That recharging can be done at home in just six hours or 25 minutes if you choose the fast-charge option. The driver can also select B mode for the automatic transmission and that adds some charge to the battery by turning braking force into electricity.

Kia have also introduced a new braking system featuring what they call Active Hydraulic Booster. This feature uses the electric motor to create hydraulic pressure in the brake system and this results in a consistent brake pedal force in a wide variety of driving conditions and also recharges the battery. 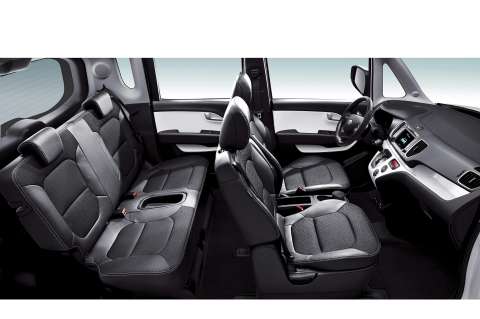 Imagine that … you can have a puny little town car and fit it with the recorded engine noise of a hairy V8. I wonder how long it will take someone to fit something like that to their Kia Ray EV?

Unique dashboard
The dashboard on the Kia Ray EV is interesting … of course it has the usual speedo and it also has a navigation system designed specifically for electric vehicles. You won’t have to worry about where the next charging station might be because the navigation system in the Ray EV will tell you where the charging stations are that are within range of the whatever charge remains in your battery.

Kia plans on making 2,500 Ray EVs in 2012 but none will be coming to Australia. All of those 2,500 units will be passed to Government departments for their use and Kia will monitor the cars as part of a long-term research and development programme.

Maybe if the Government were to do more to develop the infrastructure for electric vehicles we might see the next version of the Kia Ray … but I won’t be holding my breath waiting for it to happen.