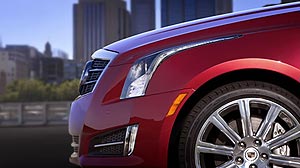 It seems that there have been large numbers of Australians hankering for a compact rear-wheel drive car to appear on the Australian market and now that General Motors have unveiled the 2013 Cadillac ATS in the US those hordes are now begging Holden to bring it out to Australia.

Hmmm … will we ever see it here … my Korean crystal ball is a bit flaky on that one … as it is on most things … but some experts are suggesting that we will never see it here in Australia. So what are we missing out on because GM thinks that the Holden Cruze is all we really need down here in their unofficial colony?

GM describe the Cadillac ATS as a compact luxury sports sedan designed to take on the likes of BMW in what they also describe as the world’s most significant luxury car segment. Somehow that seems to say it all as far as the Australian market is concerned.

The body
The wheelbase is 2775mm with very short overhangs front and rear and the ATS rides on 17-inch wheels as standard with 18-wheels as an option. 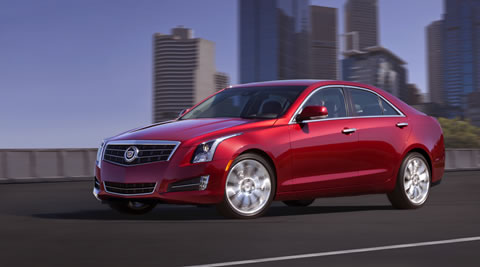 LED lighting is a feature, and aerodynamic drag is reduced by active grill shutters that close once a pre-set highway speed is reached.

Engines and transmission
Weighing in just 1,542kg the Cadillac ATS is certainly not a heavy-weight by any means and it appears that Cadillac intends to offer the ATS in most markets with a choice of just two four-cylinder engines … both with a capacity of 2.0-litres.

One of those four-cylinder engines will be turbo-charged and GM says that it will churn out an impressive 201kW of power.

For the American market the Cadillac ATS will also come with the option of Cadillac’s 3.6-litre V6 and GM estimates that the V6 engine will produce around 237kW of power. Manual and automatic transmissions will be available across the range for both rear-wheel drive versions and a planned all-wheel drive version. 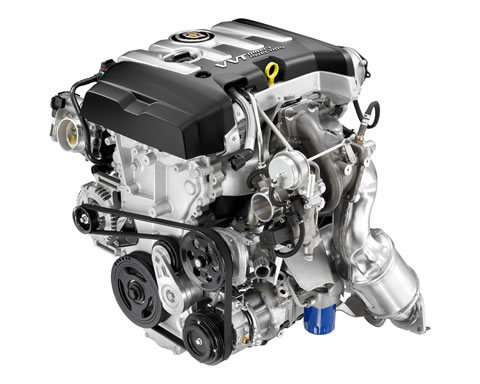 Suspension
GM understands that they need more than just power and fuel economy to compete in the compact luxury market so the ATS will come with five-link rear suspension, multi-link double pivot front suspension, sports suspension that the driver can adjust, variable effort steering gear and four-channel ABS with performance brakes.

The interior
The interior of the new Cadillac ATS features real wood … yes … real wood along with plated metal and carbon fibre trim. The instrument panel and driver’s controls have all been carefully placed to enhance the driving experience. 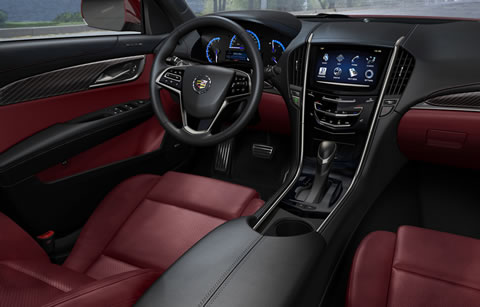 And perhaps that’s why we Australian’s are almost certainly not going to see the Cadillac ATS down here. It might be a rear-wheel drive compact and lots of Australians want one but GM is talking about a car that will tackle the premium market with a premium price tag … something that most of us would not be prepared to pay for.

So guys you better resign yourselves to years of Holden Cruze and Cruze derivatives because it looks as though that’s what GM has planned for us Vegemite lovers.