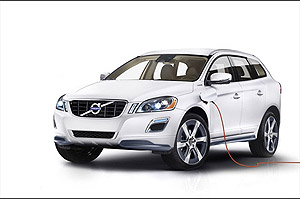 While some automotive experts suggest that hybrids and electric power are not much more than a diversion in the search for alternative power sources for motor vehicles it seems that most car makers don’t believe that and so we’re seeing a steady stream of hybrid vehicles appearing on the scene.

The latest to hybrid to appear made its debut at the North American Motor Show in Detroit last week when Volvo unveiled their new XC60 plug-in hybrid. This is an SUV that can give the driver a range of 45km on straight electric power or deliver an amazing 2.3L/100km when run as a true hybrid.

The engine
Being a hybrid the XC60 plug-in concept has two engines … a 51kW electric engine and a 206kW four-cylinder turbocharged petrol engine. Volvo have combined these engines with a new eight-speed automatic transmission.

The petrol engine is a completely new engine that Volvo says will deliver performance levels similar to today’s clutch of six-cylinder engines but deliver all the fuel economy people expect from a four-cylinder. And obviously with fuel consumption figures of 2.3L/100km in the XC60 hybrid concept they’re not kidding. 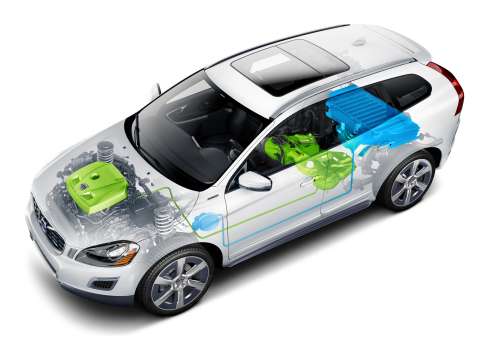 Driving modes
The driver can choose one of three settings while driving the Volvo XC60 hybrid. 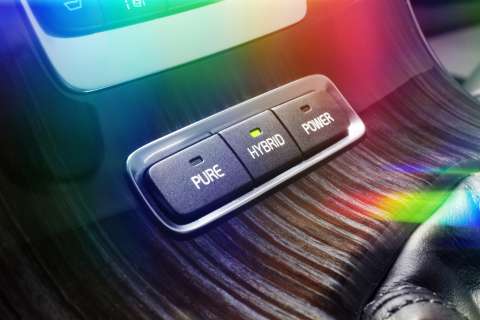 In Power mode the electric motor and petrol engine are combined in a way that delivers the maximum possible power and the electric motor’s ability to deliver instant torque enables this Volvo XC60 to hit 100km/h in jus 6.1 seconds. 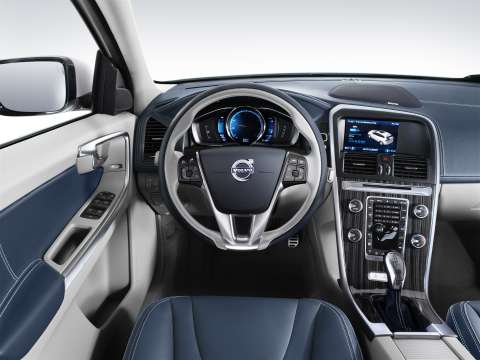 The battery
The boot seems to be a popular choice for car makers when it comes to finding somewhere to put the battery and Volvo have put the battery for the XC60 hybrid under the luggage space at the rear.
The battery itself is a 12 KWh lithium-ion battery and charging times at home vary from 3.5 to 7.5 hours depending on the voltage available.

You do have to wonder just how many people will use the plug-in option to charge the battery. Obviously if you are travelling short distances each day then you may be able to run totally in electric mode but how many people do drive that short a distance?