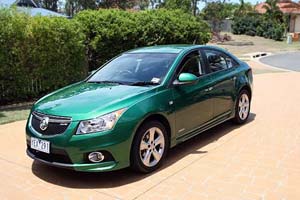 Imagine yourself sitting at a set of lights in a car that’s so new to you that you’ve only driven it for a block.

The lights turn green … you depress the accelerator … and for a moment nothing happens. Then … WHAM … you’re head snaps back as you’re hurled through the speed limit and into the arms of the first copper with a speed gun!

Fortunately there was no copper around with a speed gun on that occasion … or on a number of other occasions when the same thing happened during our test drive of the Holden Series II Cruze SRi-V … and it was just there to remind us that we were driving one hot little turbo-charged machine … even if it was only powered by a 1.4-litre petrol engine.

Did we enjoy the week we spent in the Series II Cruze Sri-V? Yes we did … but don’t get the wrong idea … we’re not about to say that the car is perfect because it’s not. There are some things that bugged us about this car but overall we think it’s pretty good!

The finish
One the things we rarely comment on in our reviews is the finish of the vehicle under review because press vehicles get a bit of a hammering and we have picked up vehicles in the past that have had bits hanging off them and once or twice we’ve seen body panels that don’t fit all that well … and that’s on overseas built cars.

Let’s face it Australian-made cars haven’t always had the best reputation for finish so I really should say something about the finish of the Series II Cruze … the Cruze that’s assembled in Australia. The finish on the car we drove was as good as you will see anywhere!

The panels fitted, there were no bits hanging off and even in the boot well … a place where poor workmanship is often most apparent the finish was good … all the joins were sealed … and we couldn’t fault it.

Even when we took it over about 20km of average Australian dirt road at a reasonable road speed there were no rattles and no dust got in anywhere. At the end of the trip on the dirt you could wipe your finger over the black dashboard and not see a trace of dust. 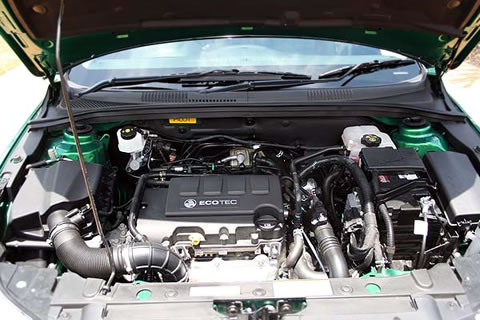 The engine
When we booked the car with the Holden press fleet in Brisbane I did wonder what it would be like to drive a car with an engine capacity of just 1.4-litres. Was it going to be a dog … and a very slow dog at that?

The Holden Series II Cruze Sri-V is fitted with a 1.4-litre, four-cylinder, 16 valve DOHC iTi turbo petrol engine. A six-speed manual transmission is standard on this vehicle but the vehicle we drove was fitted with the optional six-speed auto box with Active Select and I can tell you that ‘slow’ and ‘dog’ do not describe the performance you get from that combination.

Instead words such as ‘hot’, ‘sparkling’ and ‘nippy’ spring to mind when I think back on the week we spent in the vehicle.

Cruise control is standard on the auto and it worked well too. There was a little bit of lag when changing down for hills but I was prepared to live with that just to have something to help me keep the car under the speed limit. On the open road it wants to get a move on but I’m in no hurry to add to the Government’s income stream by speeding.

The one niggle that we had about engine/auto box combination was that Holden says that fuel consumption for the auto box with the 1.4-litre engine is 6.9L/100km. That was a figure we couldn’t get close to. The driving style of myself and the other tester here at AussieMotoring.com often seems to produce better fuel consumption figures than what manufacturers suggest but we really couldn’t get close to it with the Series II Cruze we tested.

We also noticed that by the time we returned the vehicle it had developed a slip between second and third gears and that was on a vehicle that had just under 8,000km on the clock. 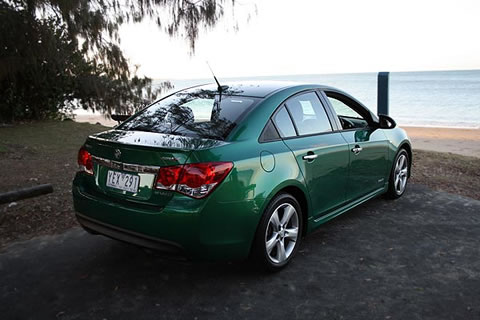 Ride and handling
The Series II Cruze SRi and Sri-V both come Watts link performance suspension … and we loved it. We pointed our test vehicle into some of our favourite corners and curves at speeds that would normally induce at least some body roll in other vehicles but the test vehicle sat flat and on the dirt it was no different

Small cars on winding corrugated dirt and travelling at 80km/h or more usually don’t make for a good combination. The light weight combined with the poor road surface usually means that the car bounces around all over the place and on curves the rear of the car wants to overtake the front of the car … but not in our test vehicle.

There was never a hint that the rear of the car wanted to break out on curves and even over corrugation the car held its line. That 20 km of dirt road really sealed the deal for us as far as the quality of the car was concerned.

Apart from Watts link suspension there’s a full suite of control and handling programmes fitted as standard throughout the Cruze range. 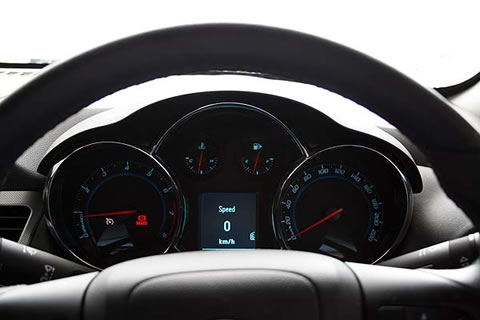 Interior
I liked the layout of the dashboard and driver’s controls. They were all within easy reach and clearly labeled.

The onboard computer gives you more information than you could ever want and I expect that most drivers will rarely look at the most of the data that is available. The dials were easy to read and neither of us had any problems with glare or reflections in the dial coverings.

The air conditioning worked well and certainly kept the cabin cool in the early stages of another hot Queensland summer. The audio system was good too and it was handy to have the audio controls on the steering wheel.

The front seats were very comfortable and there’s plenty of back support if you need it. In the vehicle we tested the upholstery was black leather and the seats were heated but that’s not something we bothered testing … five minutes parked in the sun and the seats were more than hot enough for our liking.

Legroom for driver and front seat passenger is good too but if you’re tall don’t expect to be able to carry anyone but a dwarf in the back seat … there is just no legroom. 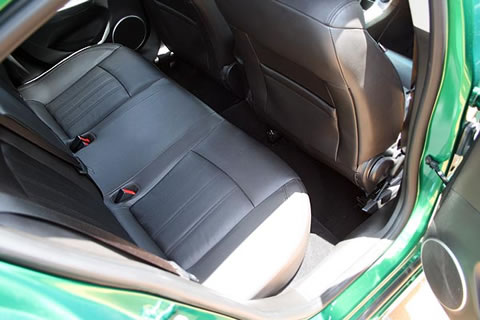 This is a car that would work well for you if you’re kids were still quite small … or had left home … but if they’re starting to grow and need some legroom then the Cruze is probably not the best choice for you or your family.

Sadly that’s not what came in the Cruze we were testing. The maps were four or five years out of date and were showing rail crossings that had been moved years ago, service stations that burnt down or closed years ago and other information that was just plain wrong or very out of date. 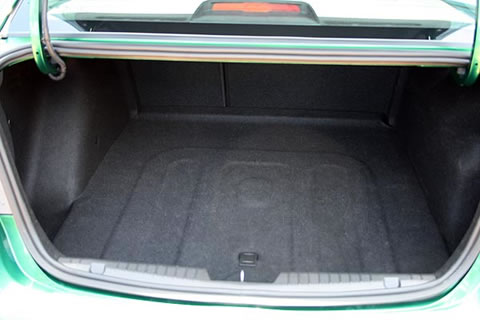 Access to the front and rear seats was quite good but access to the boot as limited. The Series II Cruze was a wonderfully big boot for the size of the car but because of the body shape you really do have to stretch in to get anything out of the back of the boot.

The shape of the rear passenger doors was painful for me too. I don’t know how many times I opened the door only to whack myself in the chest with the top corner of the door because I stood too close to it. By the end of the week I had begun to stand back from the door and so had the other tester. 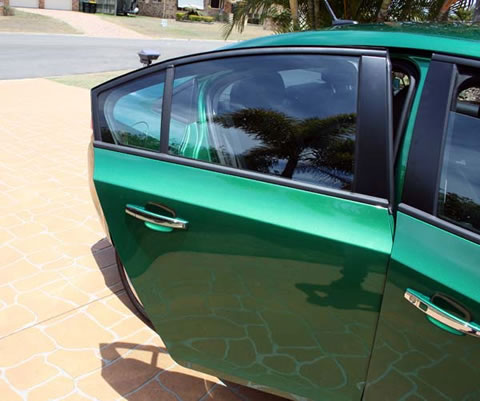 Safety
Fortunately we can’t attest to the effectiveness of the safety equipment in the new Holden Series II Cruze because we didn’t have an accident but it’s nice to know that you’re protected by front and side-impact airbags as well as side curtain airbags.

The Series II Cruze is also fitted with auto headlights and, while that might be a safety feature that some drivers need, we found the system in the Cruze to be downright annoying for us and probably for some drivers around us too.

On a slightly overcast day the lights would come on every time we drove under a bridge and you can imagine how annoying that can get when there are a number of bridges in quick succession. (I just hope that burly truck driver didn’t think I was insulting him by flashing my lights at him.)

Of course you can turn that feature off … each time you drive the car … but the default setting is to have the auto headlight feature on.

The bottom line
The Holden Series II Cruze Sri-V is not a perfect car by any means but we loved it and we had fun in it … and somehow managed to pass every speed trap at a sedate speed.