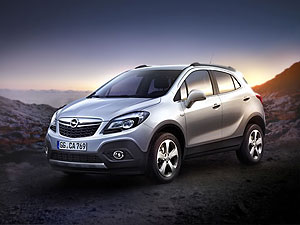 Back in the early part of 2011 when Opel first announced that they were coming to Australia the plan seemed to be to launch the brand with three vehicles … the Corsa … the Astra … and the Insignia but now we might just see a fourth Opel model arrive with the others towards the end of 2012.

The problem is that it’s not yet in production and won’t hit European showrooms till late this year.

The Opel Mokka is the first sub-compact SUV to be made by Opel and it’s certainly an eye-catching little SUV that’s going to attract a lot of attention in a very competitive part of the market. It might only be 4.28 metres long but Opel says that it will accommodate five people “generously” … although maybe five big Australians might be a bit of a squeeze.

Engine and transmission
In Europe the Mokka will be available with a choice of petrol or diesel engines. If you opt for the petrol version you then get to choose between a 1.6-litre 85kW non-turbo engine or a 103kW 1.4-litre turbo engine that produces 200Nm or torque.

If you choose the diesel option you’ll get a 1.7-litre CDTI turbo that churns out 300Nm of torque. 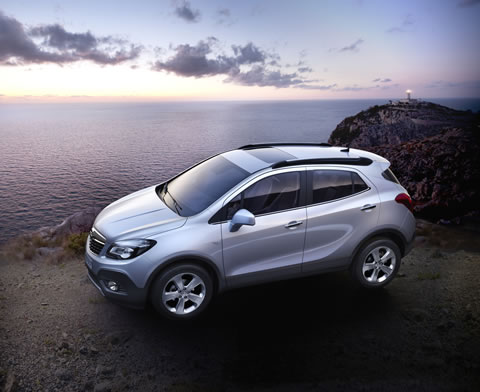 Front-wheel or all-wheel drive will be available on all models. The all-wheel drive system is not a fulltime all-wheel drive. Power to the road will normally go through the front wheels with the drive connecting to the rear wheels when added traction is called for. This is a system that has been around for over 10 years on various vehicles produced by a number of car makers so there’s nothing new there.

Interior
Inside the Opel Mokka there’s the “generous” seating for five that I’ve already mentioned, up to 1,372 litres of load space, 19 storage system and a bike carrying system integrated into the rear of the vehicle that functions as a drawer and can carry up to three bikes at once.

While there are some things that aren’t all that exciting about the Opel Mokka … it’s not really an off-road vehicle although Opel is trying to make it sound as though it can handle rough terrain … some of those inclusions sound very interesting and there’s no doubt that the body shape is a bit different to what we might expect to see in the sub-compact SUV niche. 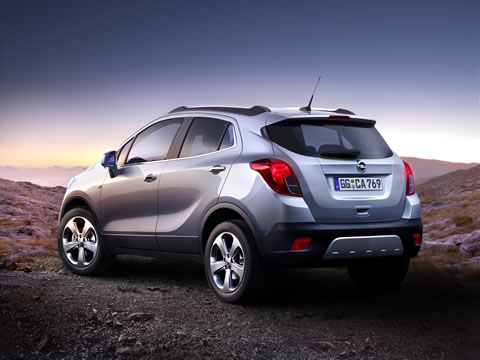 As I said at the start, release date for the Mokka in Europe is late this year so perhaps we won’t see it here in Australia till early 2013 but we can hope and if Opel really wants to make an impression here in Australia the Mokka might be just the vehicle to make that splash that Opel needs to get noticed when they launch here.