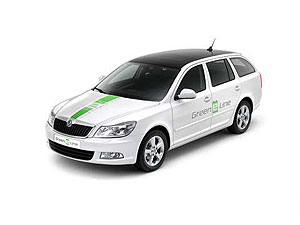 While all of the big-name car makers are playing with various forms of propulsion and making quite a bit of noise about it some of the smaller car makers are also doing their share of development and testing and Skoda is right there amongst them.

Earlier this month Skoda announced that they … in close co-operation with their parent company Volkswagen … had begun testing electric traction in everyday use with a fleet of 10 electric Octavia E Line wagons based on the Octavia Combi.

Skoda chose the Octavia Combi because its modular chassis provides plenty of space for the battery pack and various controllers that you won’t find in a conventionally powered vehicle. The extra space available in the Octavia has allowed Skoda to pack a 180 cell battery that weighs 315kg into the space under the rear floor panel and part of the of the boot.

The electric motor that Skoda is using has a peak power output of 85kW that produces 270Nm of torque and a top speed of 135km/h. 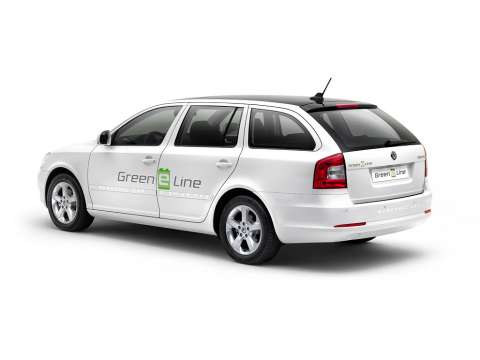 The range of the lithium-ion battery in the test vehicles is a very credible 150km which Skoda feels is ideal for city drivers and when you think about the number of people who use a station wagon around the city and suburbs here in Australia it’s not hard to see that the Skoda Octavia E Line might be quite popular here in Australia.

Now if only Skoda’s technical department could reduce that charge time they just might have the perfect vehicle for a lot of city based businesses here in Australia.

Testing the Skoda Octavia E Line should be seen as an indication that Skoda is looking to move away from conventionally powered cars … at least not in the medium-term future. Skoda is still developing its diesel and petrol engines and expects to see a mix of different propulsion systems being available for quite some time to come.