Skip to content
Posted in Renault By Stuart LiveseyPosted on February 17, 2012September 11, 2018 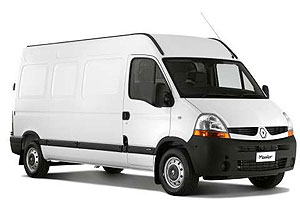 Last year I went down to the Brisbane Truck Show … it was a good excuse for my eldest son and I to take the Holden Omega Ute we had on test on a suitably blokey outing.

The truck show was what you would expect … lots of big trucks … big rigs and even bigger price tags and despite those price tags there were a lot of people talking serious business and if you had taken a quick look you would have thought that the big trucks was where all the interest lay.

Renault’s offering at the larger end of that segment is the Master and they have now released a new version and you’ll be surprised at what you now get in a light commercial vehicle and just how much these vans can actually carry.

The Renault Master comes in both medium wheelbase and long wheelbase versions and is equipped to not only carry a big load but also function as an office because that’s what a lot of these vehicles really are … mobile offices. The driver not only has to deliver the goods but he also has to keep records as he goes and the days of using your lap as a desktop while you scribbled entries in a docket book or work diary have long gone as far as Renault is concerned.

These days the driver gets a swivelling desktop that’s fitted to the fold-down back of the middle seat along with plenty of storage areas that can be covered to protect against prying eyes.

The model range
The Renault Master comes as either a short or long wheelbase van fitted with a 2.3-litre diesel engine coupled to either a six speed manual box or a Renault Quickshift auto box.

The roof height of 1894mm is standard for both medium and long wheelbase models. 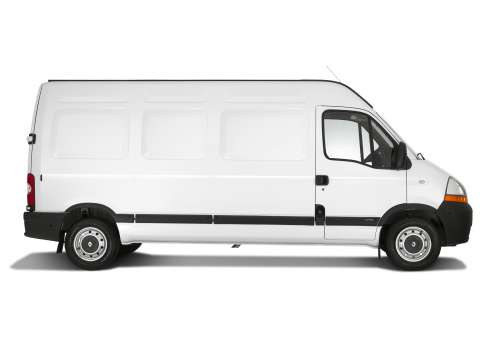 There are three option packs available … one that adds extra storage and a power outlet in the cargo space … another that adds several extra airbags for the driver along with automatic headlights and wipers, fog lights and cornering headlights … and a premium pack that adds satellite system, a reversing camera with the screen mounted in the back of the driver’s sun visor and multimedia connectivity.

The engine
Well it’s not necessarily one that you would want to work on … there’s not a whole lot of room under the bonnet. Renault’s 2.3 dCi turbo-charged engine is mounted transversely at the front and it’s coupled to transmissions that are designed to give good acceleration and fuel economy as well. 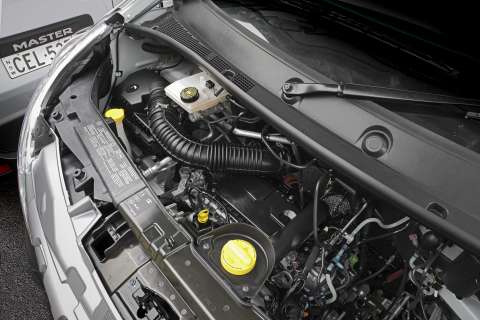 The need for business owners to keep maintenance costs down hasn’t been lost on Renault either. The timing chain is what Renault calls “fitted for life” … of course the engine will die if the timing chain breaks so I’m not sure what Renault is saying here. Engine coolant will now last 60,00km or 48 months and Renault claims that the brake pads will last 20% longer too.

The Renault Master comes with a three year/200,000km warranty and three years of 24 hour roadside assist and service intervals are 15,000km/1 year.

The automatic versions of the Renault Master come with a couple of extra controls on the dashboard that are designed to make life easier for the driver. One controls traction in slippery conditions and when it’s engaged it will automatically select second gear when starting from a stop.

The second control automatically changes the clutch mapping when carrying heavy loads … and the Renault Master can carry some heavy loads. 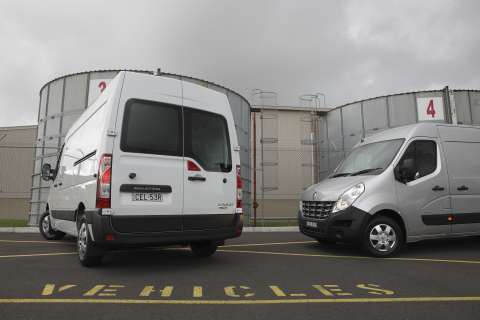 Both versions have rear barn doors as well as a left-hand side sliding door as standard. A right-hand sliding door is an option. The rear doors open as far as 270 degrees while the side door has a 1200mm opening … that’s wide enough for a pallet to slide in.

Of course getting the load over the door sill can be a problem and the Renault Master  has a 543mm high sill for the long wheelbase model and 548mm for the shorter version. 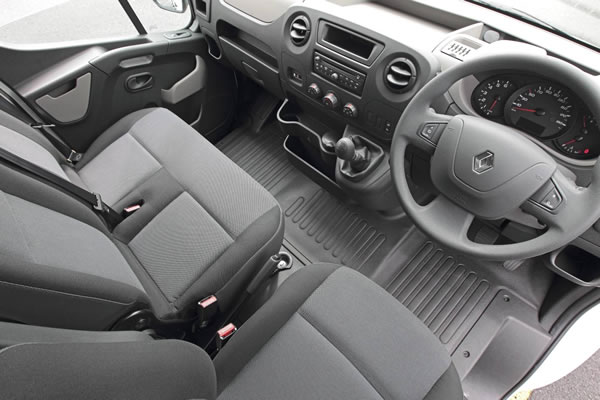 Interior
In the callow days of my youth I often had cause to be driven around various suburbs at high speed as a front seat passenger in various PMG (the predecessor of Australia Post) vans. The interior of those vans was spartan to say the least, seat belts were non-existent and you only closed the sliding doors if you wanted to appear weak.

I’m sure those drivers would be stunned by what the interior of the humble delivery van looks like and contains today.

Renault has set out to provide a car-like driving position for the Renault Master and they have even increased the amount of legroom in the new Master by 57mm compared to the previous version. The driver’s seat has a wider and longer cushion and now comes fitted with an armrest as standard.

A fully adjustable suspension seat is available as an option and that’s good news for drivers who cover long distances in these vans.

A glazed steel bulkhead and Australian standard cargo barrier are fitted as standard and the bulkhead helps to keep noise levels down in the cabin.

Air conditioning is standard and climate control is available as an option. Bluetooth connectivity is standard, there are large and small storage compartments spread throughout the cabin and as mentioned earlier there’s a rotating table on the back of the middle seat.

Safety
The new Renault Master comes with anti-locking brakes, emergency brake distribution, electronic  stability programme, seat belts with pre-tensioners, front airbags for driver and passenger and brakes that can bring the Master to a stop from 100km/h in just 44.7 metres.

The protection provided by the bulkhead and cargo barrier is augmented by the addition of numerous tie down hooks on the floor and pillars in both the long wheelbase and the medium wheelbase versions.

Some of the goodies in the premium pack