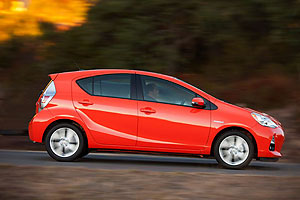 It may have taken a while but in the last year or so a light bulb must have finally come on inside the head of someone in Toyota’s head office marketing department.

Until that light bulb came on the Toyota Prius was just what we saw … a technologically advanced by rather dull looking sedan loved by greenies and taxi drivers … but since someone had that light bulb experience we’re starting to see the Prius start to blossom.

First came the Prius v … the people mover version that will go on sale in Australia in the second quarter of this year … and now we have the economy version of the Prius.

Toyota Australia still expects the Prius c to sell in large numbers but supply may be a problem … at least during 2012. In Japan Toyota currently has orders for more than 120,000 of this version and that’s 10 times more than Toyota’s monthly sales target for this vehicle. 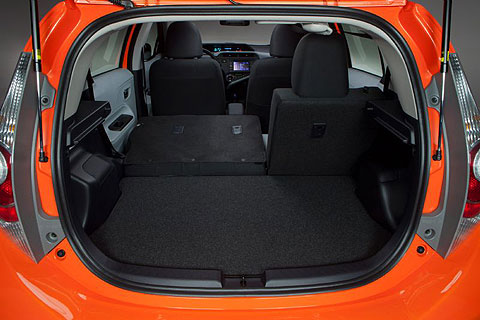 The Prius c comes with a 1.5-litre petrol engine and the Hybrid Synergy Drive technology that has been used in previous models. The battery and fuel tank are now located under the rear seat to allow more legroom and luggage space and the Prius c is a little taller to allow more headroom for occupants in the front and rear seats.

The turning circle has also been improved and that’s sure to make it even more appealing to city drivers and those who spend a lot of time getting in and out of tight car parking spaces.