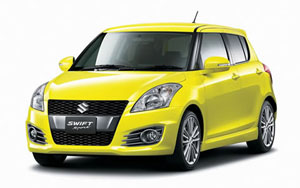 All too often manufacturers simply tack on the term ‘Sport’ to a car that’s just the basic version with a new name to appeal to older guys who have never grown up but the Suzuki Swift Sport is more than just a standard Suzuki Swift with a fancy name.

In short, the Suzuki Swift Sport comes with an upgraded 1.6-litre engine … that delivers 100 kW of power … coupled to an all-new six-speed manual transmission or an optional seven-speed auto and all that drives a car that’s 30 kilograms lighter than the previous model.

Despite the reduction in weight the Suzuki Swift Sport is 120mm longer. The wheelbase is 50mm longer and there’s a wider front and rear track too.

The engine
The engine is an upgraded 1.6-litre four-cylinder donk that delivers that 100kW of power at 6,900rpm. The engine is fitted with a performance manifold and variable valve timing and the standard gearbox for the Suzuki Swift Sport is an all-new six-speed manual transmission.

The optional automatic transmission is a Continuously Variable Transmission with paddle shifters  and seven-speed “gears” for those who want to drive it as a manual. 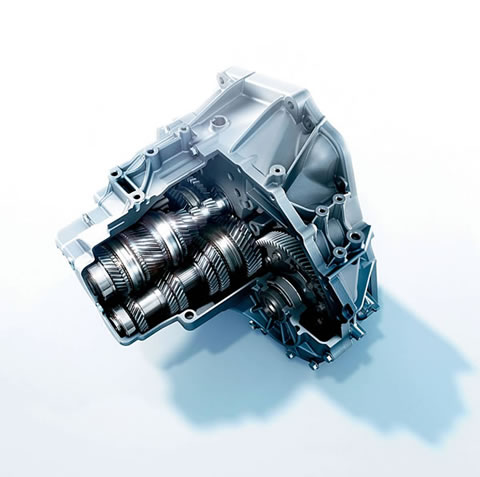 The interior
The Suzuki Swift Sport comes with plenty of creature comforts including climate control air conditioning, a six-speaker stereo system with MP3 capability and Bluetooth , cruise control, sports seats, three-spoke multi-function steering wheel  and stainless-steel pedals just to set the right tone for a car with the sports label.

Red stitching on the seats and on the leather gear knob and steering wheel also add to the sporty feel of the car and Suzuki thinks that the stainless-steel pedals help point to what they consider to be “the car’s rich rally heritage.” 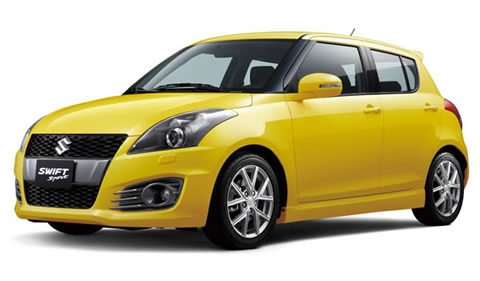 The exterior
On the outside a large grille dominates the front of the car and those headlamps are bi-xenon  to really light up the road at night.

The 17-inch rims and low profile sports tyres were specifically developed for the Suzuki Swift Sport. The rims are actually thinner … and lighter … thanks to a new manufacturing process that also produces a rim that is stronger. 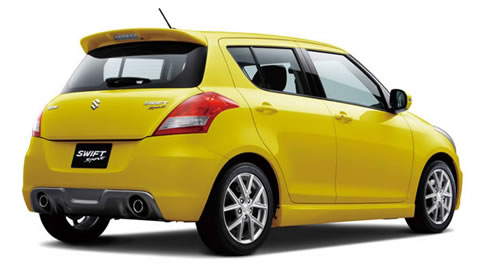 Handling
Suzuki was happy with the overall handling of the previous model so this time they focused more on the detail of things like the mounting bushes, wheel bearings and the strength of the trailing arm suspension. The result of that work is a Suzuki Swift that is more stable at higher speeds.

The front and rear suspension has also seen some changes with a 15 per cent increase in spring rates at the front and 30 per cent at the rear. Additional springs were also fitted to the front struts and now the Swift Sport is even more stable in tight corners. 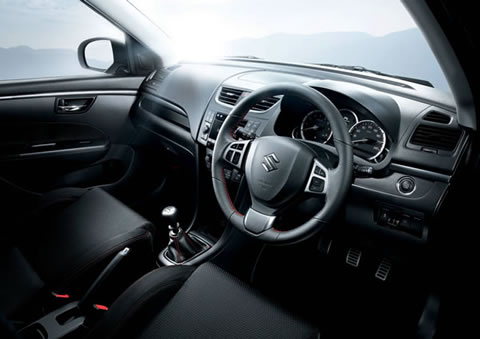 Safety
It’s a small car so it’s going to need all the safety gear it can get … and it also needs to live up to the 5-star ANCAP safety rating of the previous model.

So the new Suzuki Swift Spoprt comes with seven airbags as standard … and that includes curtain airbags and a knee airbag for the driver … Electronic Stability Programme as well as ABS braking with electronic brake-force distribution.

Suzuki have also used high and ultra-high strength steel throughout the body to provide the stiffest body possible and add protection for the occupants.

And all that adds up to an exciting little car … on paper … let’s see how it performs on the road.