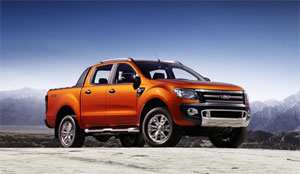 The Ford Ranger Wildtrak is available with three different cab/body styles in both 4×2 and 4×4 configuration and two different ride heights.

Engine and transmission
The Ford Ranger Wildtrak comes with the 3.2-litre diesel engine that’s available in the XL and XLT variants coupled to the same six-speed manual box that’s available across the range (a 6-speed auto transmission is available as an option) and all that applies the power to the road via a locking rear diff. 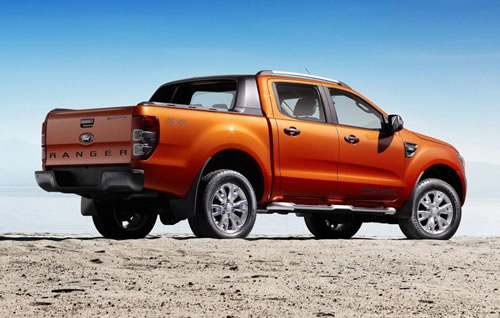 Safety features
The Ranger Wildtrak comes with all the standard safety features that help give it a 5-star ANCAP safety rating along with rain sensing wipers, reversing sensors and auto headlights and the Hi-Rider version in both 4×2 and 4×4 versions have the ability to wade through water levels up to 800mm.

A feature of the Wildtrak’s safety equipment is a new rear view camera system. The wide-angle camera’s image is displayed in the electro-chromatic rear view mirror and marker lines are displayed with the image that show the path of the vehicle based on the current steering angle.

A centre line on the Ranger Wildtrak’s reversing display is designed to help the drive line up the tow ball with a trailer or van and additional coloured lines help the driver ascertain how far he or she is from other objects. 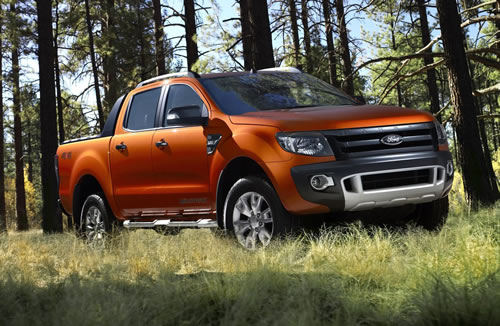 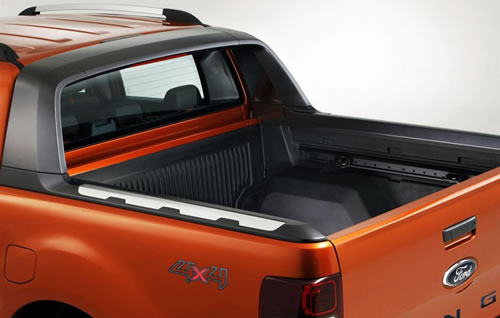 For the driver
For the driver the Ford Ranger Wildtrak offers 5-inch multi-function colour screen, satellite navigation, driving and fog lights, a towbar with 3,350 tonne towing capacity, tub liner and an extra 12-volt outlet in the rear. 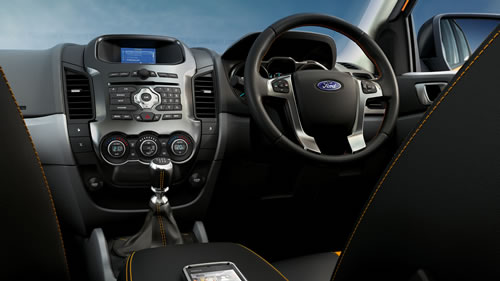 The bottom line
The Ford Ranger Wildtrak starts at just $57,390 plus dealer and government charges (the auto transmission is an extra $2,000).

Will it really compete with the established players in the top-end ute market? On paper the Ford Ranger Wildtrak looks good but this is a market where brand loyalty seems to play a major part in purchase decisions so I would be surprised to see it even make a slight dent in the competition.