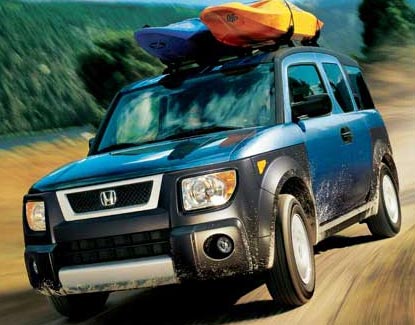 This is the Honday Element – it’s a four wheel drive vehicle sold by Honda in the United States and its target market is young people. It even has a sun roof over the back seat – not for the comfort of back seat passengers but to allow young drivers to carry their surfboards inside the vehicle with just the nose protruding through the roof. 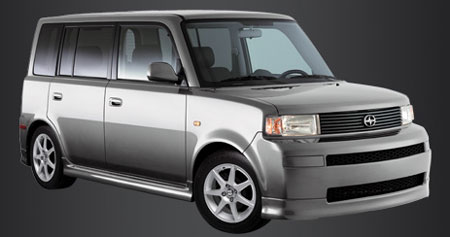 And this is a Toyota Scion – a small car Toyota markets in the US to young people. In fact Toyota claim that this car is aimed squarely at the Y generation.

But both these cars have something else in common besides their target market – they both appeal strongly to baby boomers – people like me who were born in the decade after World War II.

Are they popular because we oldies are returning to our second childhood? Actually the reason is something quite different and says a lot about motor vehicle design and marketing strategies.

Take Jim Tudor for instance – he’s a guy in his mid fifties and he drives around 64,000 kms a year on business. When he’s on the road he needs to carry a lot of stuff around with him and he absolutely loves his Honda Element even though it was never built with his needs in mind.

Jim also likes to snack while he drives and even drink the occasional coffee. If you have tried any of those tasks while you drive you will know that eventually something ends up on the upholstery or ground into the carpet. But the Element comes with easy-to-clean fittings so keeping the interior of the car clean is not problem at all.

Car designers seem to have forgotten that there is a marketplace out there for functional vehicles that meet the needs of more than just the Y generation. I wonder when they will start to wake up to that fact and I wonder when it will finally filter down into Australia?

There’s No Accounting for Taste