It’s easy to think that everything Toyota does turns into a roaring success. Toyota is currently the top-selling brand in Australia, it leads the pack in the United States, it does very well in Europe and Toyota 4x4s are known and loved right across the world. Even Toyota’s luxury brand Lexus does well across the globe.

But not everything Toyota touches turns to gold and to make things even more embarrassing the lack of gold is best seen right in Toyota’s own country.

When Toyota launched the Lexus brand some years ago they decided not to market the brand in Japan. In most western countries the Lexus brand has been a success with sales meeting or even exceeding Toyota’s targets.

So Toyota may have been thinking that they were an absolute shoe-in when they launched the Lexus brand into Japan last year. The reality must have come like a cold shower to Toyota executives.

That reality was that Toyota missed its Lexus sales target by almost half in a market place that is besotted with thoughts of BMW and Mercedes.

However, the reality of the Japanese car market has not stopped Toyota from taking the game up to the European competition. A few days ago Toyota/Lexus launched the LS460 into the very top of the luxury car market. 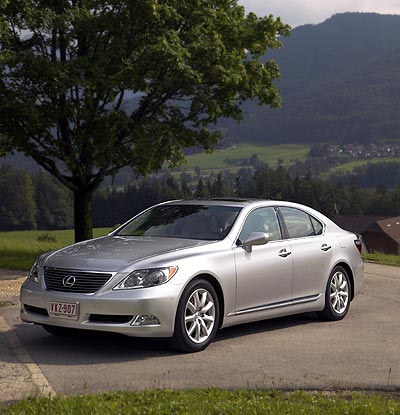 At a price range of $US66,000 to $US82,000 this is definitely not your average white-collar worker’s car but then you wouldn’t expect it to be. With such juicy equipment as a pre-crash safety system, radar cruise control and a 4.6 litre V8 it was never going to be cheap.

Future tweaks will include two new gas-electric models that will be powered by a 5.0 litre V8.

Will this put Toyota/Lexus back on top on its home turf? Only time will tell but BMW certainly isn’t resting on its laurels and they too have an interesting new power plant to add to their range.

Does Everything That Toyota Touches Turn to Gold?