Team MINI fielded just one of its three car team for the Alphera Dutton Rally Victoria last weekend and secured a giant-killing outright victory on handicap. 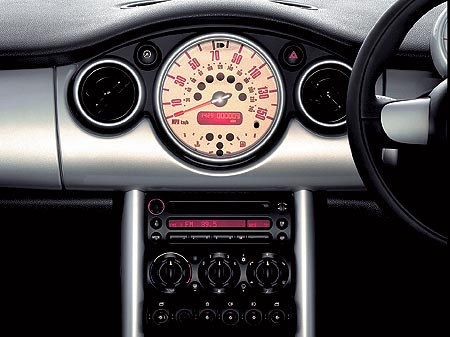 MINI Cooper S cars were the only European hot hatch entries in the top 29 cars, further emphasising MINI’s sporting prowess and suitability for these events.

The Victorian win backs up a similarly stunning effort at the previous Alphera Dutton Rally round in Queensland, where the Team recorded a brilliant class win and second place on handicap for co-drivers and third overall on handicap for drivers.

The Team MINI racers are based around showroom cars, with only safety equipment such as FIA compliant roll cages, race seats and harnesses fitted. The cars use Dunlop road-legal competition tyres and AP-derived race brakes, both of which are available to customers keen to build their own event winner.

Stokell was pumped after cleaning up on track at Shepparton and Winton, being the first new generation MINI to crack a one minute 40 second lap at the circuit. His race time at Sandown was as impressive, logging just a smidge over 1 minute 30.

“We ran very strongly over the whole event,” Paul said. “The car never missed a beat, and we continued to leave other competitors astonished at our cornering speeds.”

“The result at Winton is spectacular.”

Mike Sinclair was equally excited by his third in class result, vastly improved over his last Dutton outing.

“I have got my head around the gymkhana events and now we’re really starting to give the seasoned campaigners as well as the much more expensive cars a run for their money in the co-driver class as well as the driver class,” he said.

The next stop for the rampaging Team MINI cars is an anniversary party at Bathurst over the weekend of 5-8 September as part of the MINI Conquers the Mountain event, including a parade lap comprising 50 classic MINIs and the three 2006 Works cars.

Legendary MINI racer Bob Holden will drive one of the Team MINI cars around Bathurst, 40 years after he won the race in a 1966 MINI Cooper S partnered by Finnish BMC driver Rauno Aaltonen.

Bob, 74, continues to participate successfully in motorsport. He was also in action this weekend, campaigning a classic MINI Cooper S at the Speed on Tweed event in New South Wales.

Immediately following the Bathurst anniversary Parade, Team MINI heads back to Victoria for the final event of the year, the Mount Buller Sprint.

Mini Scores a Win and Returns to Bathurst