Skip to content
1 Comment on A Century for the Designer of an English IconPosted in General News, Mini By Stuart LiveseyPosted on November 18, 2006September 17, 2018

Perhaps he should have played cricket for the Poms

Sir Alec Issigonis, designer of the post war Morris Minor and world-famous Mini, was born 100 years ago today, 18 November 1906. Originally from Smyrna, Turkey, a young Alec Issigonis moved to England in 1922 after his Greek father died. 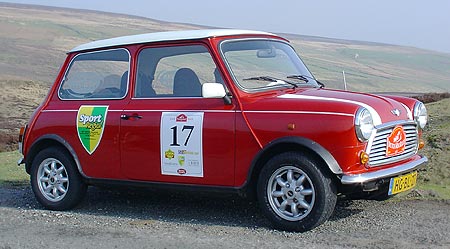 He lived with his Bavarian-born mother in London while studying engineering, later becoming a draughtsman and working for Morris before World War II.

While designing army vehicles he created the Morris Minor, a familiar sight on Australian roads, and practically all of the British Empire, for more than 30 years.

The Suez Crisis of 1956 prompted the need for more fuel-efficient, affordable cars, so the MINI was born, using a version of the Morris Minor engine, turned around in the engine bay, mounted above the gearbox and driving the front wheels. This automotive revolution defined the layout of generations of small city cars.

A forceful and authoritarian figure, Sir Alec often insisted “I did not invent the Mini, I designed it”. A technical genius, he called mathematics “the enemy of every creative human being”.

He had a dictum “never copy the opposition,” but was quite happy for others to copy his work, which they did in large numbers.

Sir Alec was no fan of luxury or comfort items in cars. He hated radios and wanted firm seats to keep drivers alert behind the wheel. Even a heater was optional, and passengers pulled a rope to open the doors when inside. By comparison, the 2006 MINI Cooper boasts airbags, air conditioning, sports seats, CD players as well as satellite navigation.

When the MINI was launched in 1959 it was the cheapest car Britons could buy at GBP 496. But because it was so much fun to drive, wealthier drivers soon latched on. Sir Alec even took The Queen for a ride around Hyde Park after her sister’s husband Lord Snowdon had bought one as a London runabout.

In all, 5.3 million MINI Classic models were built from 1959 to 2000. Since 2002, more than 850,000 new generation MINIs have been built in Oxford, on the same site where the British Motor Corporation used to build the Morris Mini Minor.

I wonder what Sir Alec would have thought of this version of his great design. 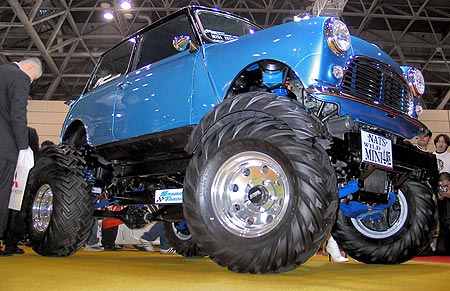 A Century for the Designer of an English Icon