Do you find that switching high beam on and off such a nuisance that you don’t use it?

One of BMW’s cheaper options is also a safety device that could make night driving safer and less tiring.

High-Beam Assist, an intelligent new technology feature for the BMW 3 Series that automatically activates and deactivates the high beam, will further increase safety at night, improve driver comfort and reduce dazzling of other road users.

“Unfortunately, the high beam is very rarely used in practice, even though such use would be more frequently possible and even desirable,” says Tom Noble, General Manager, Marketing at BMW Group Australia.

“A scientific study in the United States on behalf of the US Ministry of Transport showed that the high beam is only used in about 25 per cent of cases in which its use would be possible.

As with windscreen wipers, which have been available with automatic functions for some years on luxury cars, the constant switching on and off of the high beam is an irritating an repetitive activity.

So it was a logical step for BMW to consider the potential of the high beam using intelligent technology in order to provide relief for the driver.

Other studies have shown that when drivers do switch on the high beam, they often fail to deactivate it in time, thus unnecessarily dazzling other road users.

Such situations can be avoided by means of intelligent technology such as High-Beam Assist,” says Tom. 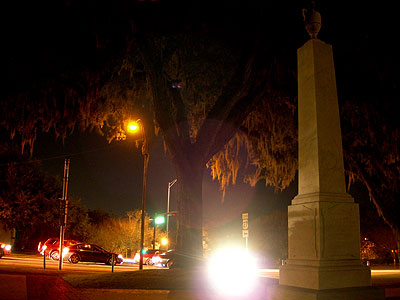 The intelligent feature is standard on the 335i Coupe and the upcoming 335i Sedan and is also available as a $300 option when ordered in conjunction with Bi-Xenon headlights on the rest of the BMW 3 Series range.

BMW first introduced High-Beam Assist on the 5 Series last year and was the first European premium manufacturer to offer such a system.

With High-Beam Assist a camera sensor integrated in the rear mirror casing registers activity on the road and automatically controls the activation and deactivation of the high beam.

The system identifies the headlights and rear lights of vehicles, as well as the surrounding road lighting.

The high beam switches on in the absence of vehicles on the road ahead or oncoming traffic, provided the road itself is not sufficiently illuminated.

A scientific study in the US has shown that the high beam is used very rarely, although such use is possible and even desirable in many situations.

It also prevents other road users from being dazzled if the driver switches to low beam too late or not at all.

At the same time it relieves the driver and increases comfort. All in all, High-Beam Assist makes for an increase in safety.

BMW Night Vision and High-Beam Assist represent the current high point of an initiative by BMW to make nocturnal driving safer for all road users and to offer the driver increased comfort.

Xenon light, which provides significantly increase brilliance and range, was introduced in the year 1991 (Bi-Xenon for low and high beam in 2001).

It was followed by the Adaptive Headlight in 2003, whose horizontally swivelling headlamps ensure considerably improved illumination of the road ahead.