It might be last year’s car but it certainly remains a real eye-catcher and now it’s hit the big time in the United States.

The announcement was made today at the Automotive Hall of Fame in Dearborn Michigan that the Efijy had beaten a field of 32 other concept cars and 11 pre-production models. 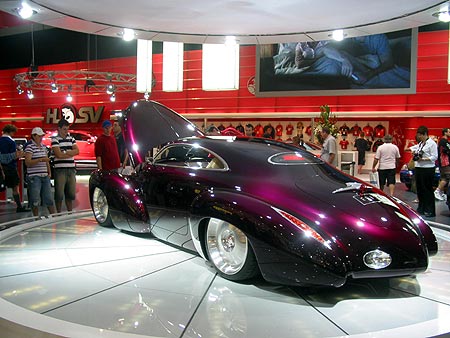 The photo was taken at last year’s Brisbane Motor Show

Holden’s Efijy Named US Concept Car of the Year