Skip to content
1 Comment on Citroen C6 – French With Lots of ClassPosted in Citroen, General News By Stuart LiveseyPosted on July 17, 2007September 17, 2018

A couple of days ago I admitted that I liked quirky French cars and we looked at a real no-frills car from France – the Renault Logan; if it ever reaches Australia the Logan could retail for as little as $9,500.

Today we’re going to look at another French car that certainly is quirky but it could never be described as no-frills and it sure ain’t cheap. It’s the Citroen C6 and it offers the maximum rating for passenger safety and a four star safety rating for pedestrians. 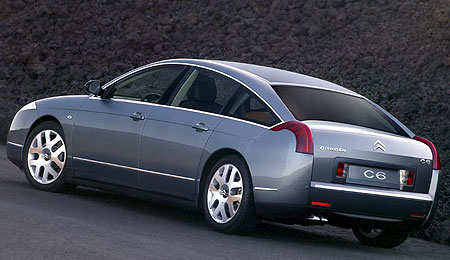 The Citroen C6 comes with your choice of a 3 litre V6 petrol engine or a 2.7 litre turbocharged diesel. This car also comes with just about every extra you could hope for fitted as standard but if you have a few dollars left over after you’ve ordered the car you can spend an extra $2,000 for an electric glass roof and $4,000 for Citroen’s in-car navigation system.

One thought on “Citroen C6 – French With Lots of Class”