Skip to content
1 Comment on What Do Volvo, Jaguar and Land Rover Have in Common?Posted in Ford USA, General News, Jaguar, Land Rover, Volvo By Stuart LiveseyPosted on August 1, 2007September 17, 2018

Well at the moment they’re all owned by Ford … but Ford would like to sell them … if they can find a buyer.

On paper Volvo is probably the marque that’s got the most appeal to prospective purchasers but the reality is that Volvo isn’t doing quite so well as it appears to be on paper.

And who would want to buy Land Rover and Jaguar? There are the usual bunch of private equity groups trying to grab both companies but there are also two possible contenders that come as a bit of a surprise. Industry experts suggest that two Indian car manufacturer are very interested in buying both Land Rover and Jaguar.

The two companies are Tata motors and the Mahindra group. Both are major players in the booming Indian market and both have tried to break into the Australian market … without much success.. 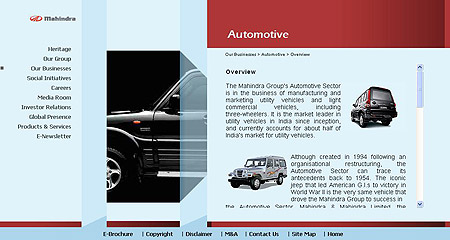 Mahindra is a major manufacturer of low-cost motor vehicles including a 2WD and 4WD utility similar to a Toyota Hilux. The ute was to be exhibited at the Orange National Field Days last year and Tynan Motors had been appointed as the importer and distributor.

The plan was for the first shipment of Mahindra utes to hit the showrooms around the middle of this year but that doesn’t seem to have happened and Mahindra is not listed on the Tynan Motors website. 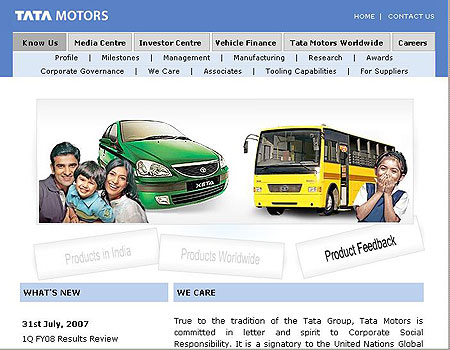 Tata Motors is also a major player in the Indian automotive scene. They produce a wide range of vehicles for the private and commercial sectors. Tata Motors first tested the Australian market four years ago and could be back in the Australian market later this year but experts are not hopeful of Tata having any more success than they did four years ago.

You can read more about Tata, Mahindra and the Australian market here

But will either company be able to make turn around the fortunes of Land Rover and Jaguar? Overseas experts describe both Ford subsidiaries as ‘basket cases’ so it will be interesting to see what lies ahead.

What Do Volvo, Jaguar and Land Rover Have in Common?