While hybrid cars are beginning to appear in every greater numbers on our roads environmentally friendly hybrid trucks are an absolute rarity, even in the United States. In fact they are so rare that the world’s biggest fleet of hybrid trucks – owned by Fedex – only numbers around 95.

While environmentally friendly cars sell in great numbers and so have an economy of scale that same economy of scale is not there for truck buyers. For example in Europe trucks such as this Renault Midlum 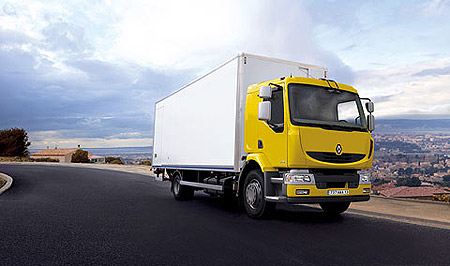 are produced in quite limited quantities. In Europe there are 7 brands competing for sales and each can only manage arounnd 15,000 units a year. That’s nowhere near the number at which economies of scale cut in to reduce the price.

So unless governments begin to offer subsidies to truck makers and buyers we’re unlikely to see a take-up of hybrid trucks and certainly not here in Australia.