Skip to content
3 Comments on Toyota Rukus – a first lookPosted in Toyota By Stuart LiveseyPosted on May 20, 2010September 14, 2018Tagged Rukus, Toyota Rukus 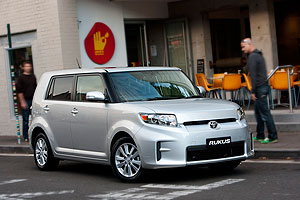 The Toyota Rukus is the car that even Toyota describes as “an acquired taste”. At the press release earlier this week we were told that it’s like Vegemite … not everyone is going to like it and that may well be the case because I like Vegemite and I like the Rukus.

I might have only had around 30 seconds in the driver’s seat … I could have had more if I had wanted to drive the gymkhana course like an old fart in a hat … but that was enough to get me interested.

Ok so from the outside it really does look different … actually it looks a lot better when you see it sitting in front of you than it does in the photos … it’s square and boxy and … well … different. But once you’re inside … and I did spend quite some time in various passenger seats in the Rukus traveling to and from Sydney airport and other places … it’s roomy, comfortable and well-appointed.

Toyota describe the Rukus as an “urban utility vehicle” and they describe their target market as “young urban trendsetters” who want their cars to be an extension of their personality and young families who aren’t ready to shed their enthusiasm for a trendy vehicle that matches their lifestyle.

Toyota believes that these people will see the Toyota Rukus as a family car/SUV crossover. I have a suspicion though that this car will have a much wider appeal.

Where did it come from?
The Toyota Rukus is closely related to the Scion … Toyota’s sub-brand in the United States. Over there this vehicle could almost a cult car and many buyers use their vehicle as the start of a major customising project that results in an individual vehicle that is unique. 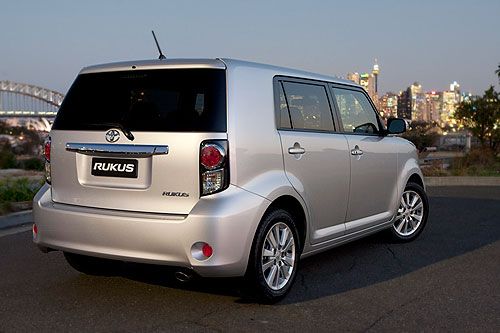 Toyota Australia first displayed a Scion at the Melbourne Motor Show in 2001. Back then the Scion was based on the Toyota Echo/Yaris platform. Even though it attracted a lot of attention from show-goers it took some time for the Australian branch of Toyota to convince the Japanese head office that there was a market here for such a vehicle.

By the time the decision was made to bring the vehicle to the Australian market the Scion had moved on from the Echo/Yaris platform to the Corolla Hatch platform and then the vehicle had to undergo some serious testing at Toyota’s testing facility in Melbourne.

The end result was what you see in the Rukus … outwardly it’s very similar to the Scion but it rides on a suspension that has been tuned to Australian conditions.

After traveling to and from the airport in a Rukus and thrashing it around the gymkhana course in wet conditions (and riding in the back seat after a four-time winner of the Australian Rally Championship threw it around another gymkhana course) I can tell you that it’s comfortable to ride in and handles well.

Even thought the Rukus is based on a vehicle Toyota builds in the United States our version is being built in Japan. 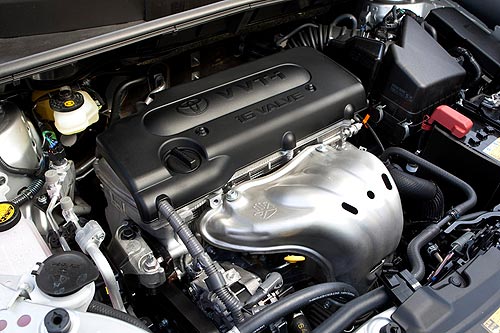 The engine and transmission
The Toyota Rukus is powered by a 2.4-litre petrol engine that almost identical to what you will find in the current RAV4. In the Rukus this engine delivers 123kW of power and it’s very responsive.

The only transmission that will be offered in the Rukus is an electronically controlled four-speed automatic box that also offers sequential gear change if you feel the need to change gears manually. The combination of the 2.4-litre motor and the automatic gearbox delivers 8.8L/100km.

Interior
The Rukus is surprisingly roomy once you’re inside the vehicle. There’s plenty of legroom for the driver and front-seat passenger and rear passengers get some decent legroom too. The vehicle will seat five adults in plenty of comfort. 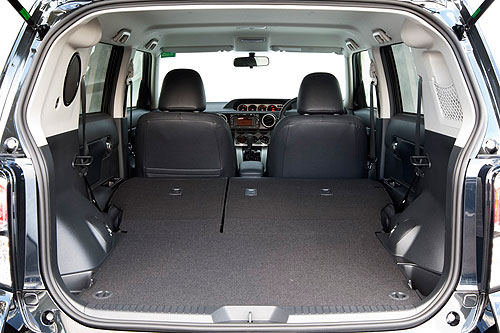 There are three anchor points for a baby’s capsule behind the back seats and there are tie-down points in the rear to keep your luggage secure.

There are also numerous storage spots throughout the cabin for cups, bottles and small items that you would rather not be visible when the car is unattended.

To maximise room within the vehicle Toyota has opted for a space-saving spare tyre and this is stored under the floor in the luggage area. As long as you’re not packed to the roofline with all the stuff you need to take when you go on holidays accessing the spare is not going to be a drama. 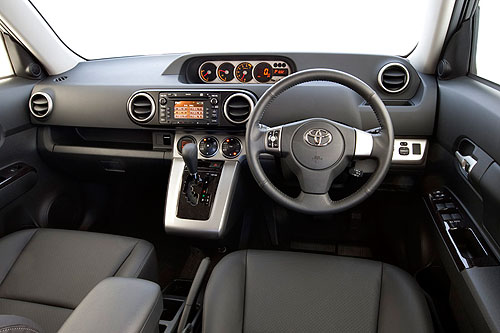 Safety
This is a vehicle where safety is not an option … it’s standard equipment on all three models in the range.

The braking package includes Toyota’s vehicle stability control and traction control systems. These systems work automatically to apply the brakes to individual wheels if necessary and even reduce engine power if that’s an appropriate measure to maintain stability.

Brake Assist … a system that’s designed to help in emergency braking scenarios … and Electronic Brakeforce Distribution … a system that maximizes braking power to the wheels with the most grip … are part of the safety package in the Rukus.

Toyota have also included a full suite of airbags for front and rear occupants on all models. 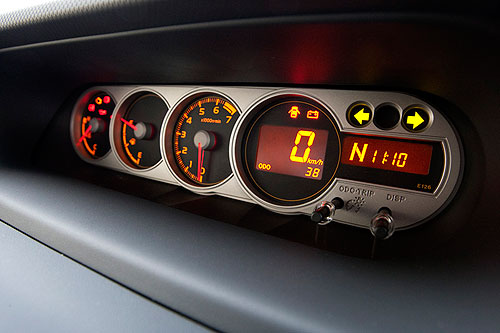 The range
There are three models in the Rukus range and to fit with the image Toyota wants to promote for the Rukus the models are called “Build 1” “Build 2” and Build 3”.

Audio and cruise controls are mounted on the steering wheel; fabric seat trim and a six speaker audio system are also included in Build 1.

For Build 2 you can add leather seats, premium steering wheel and gear-shift knob, climate control and a nine-speaker audio system … with sub-woofer … replaces the six-speaker system in the Build 1. A moonroof is an optional extra.

For Build 3 the optional moonroof in Build 2 becomes a standard fitting.

Accessories
Of course Toyota wants Rukus buyers to develop their cars into expressions of themselves and so the Rukus has been built with customisation in mind. Not only are there various installation points built into the Rukus but they’re also offering a range of accessories for the vehicle.

The bottom line
I may not be an urban trendsetter and it’s been years since our kids grew up and left home but I’m looking forward to spending a lot more time in the Rukus as we do our regular week-long vehicle test in the next few weeks.