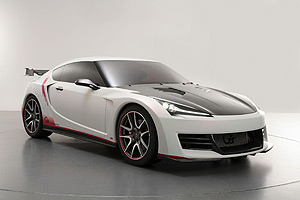 If you’re into sports cars and you can get to the Sydney Motor Show then don’t miss the Toyota stand because one of the features this year is the Toyota FT-86G sports car.

The Toyota FT-86G is a concept car that will give you a preview of what’s coming from Toyota sometime after 2012 and you’ll see that it’s going to come with all the heritage of the Supra and MR2.

The FT-86G name is derived from the AE-86 Corolla – a small, light-weight, rear-wheel drive coupe from the 1980s that has achieved cult status.

Toyota’s aim is to bring a new level of excitement to Toyota showrooms and customers, connecting with younger drivers and promoting the fun of sports-car driving.

The FT-86G is the second concept revealed by Toyota in the past year that points to a next-generation production sports coupe.

It has gained tweaks to performance and styling that make it sleeker and more aggressive than the FT-86 concept shown at last year’s Tokyo Motor Show. 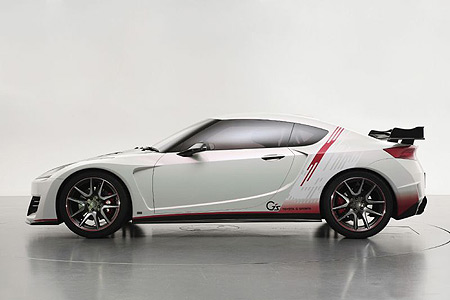 Sharper looks come from a totally redesigned front end that incorporates a larger air intake with visible intercooler, as well as a vented bonnet.

At the rear, a large carbon-fibre wing, diffuser and oversized twin exhausts contribute to the edgier styling.

The FT-86G sits on low-profile Bridgestone 19-inch rubber – 245/40 at the front and 275/35 at the rear, while Recaro sports seats complete the “G” conversion of the dynamic four-seater. 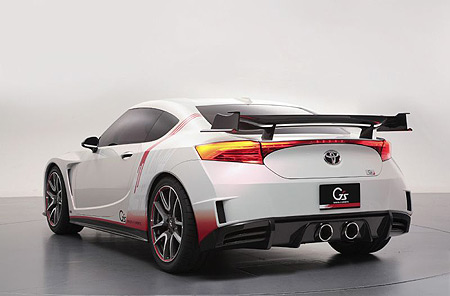 The concept retains classic sports-car underpinnings with a front-mounted 2.0-litre engine – now boosted with a turbo – driving the rear wheels through a six-speed manual transmission.

Toyota’s plan to return to the sports-car market is in response to the edict by global president Akio Toyoda for the company to re-connect with younger buyers by producing fun-to-drive models.

“It is often said that young people today have drifted away from cars, but I feel it may not be the customers who have drifted from cars but us, the manufacturers,” Mr Toyoda said.

“I believe it is the mission of auto makers to provide the fundamental excitement of automobiles to customers, regardless of the era,” he said.