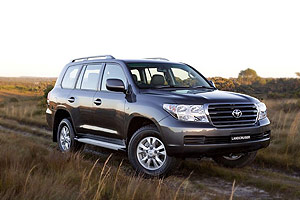 It’s hard to believe that the Toyota LandCruiser is 60 years old … I mean that’s older than I am (although not by very much) … but it is and to mark the event Toyota has released an anniversary model with more than $5,000 work of extras.

All new LandCruisers, including the 60th anniversary edition, are covered by Toyota Service Advantage, which caps the price for a standard scheduled service at $210 during the first three years or 60,000km (whichever comes first)

The 60th anniversary Toyota LandCruiser wagon will only be available for a limited time.

*Prices are recommended retail only and exclude dealer delivery, government and statutory charges and optional extras.