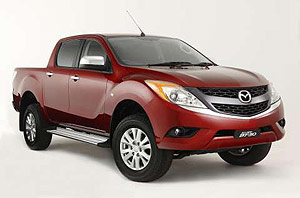 Well after some teasing with an artist’s impression that suggested that Mazda’s new BT-50 ute was going to be something really radical, the real images have now been released to coincide with the unveiling of the BT-50 at the Sydney Motor Show.

The artist’s impressions suggested that we were going to see a ute that was going to move right away from the traditional working ute market … the tradies and farmers who need a robust vehicle that can handle tough conditions, rough handling and carry a reasonable payload.

Mazda seemed to reinforce that suggestion by developing and promoting the new BT-50 under the theme “active lifestyle vehicle” … something that was obviously meant to appeal to the trendy urban cowboys and those who might want something that could take them out into the bush … if they ever decided to go there. 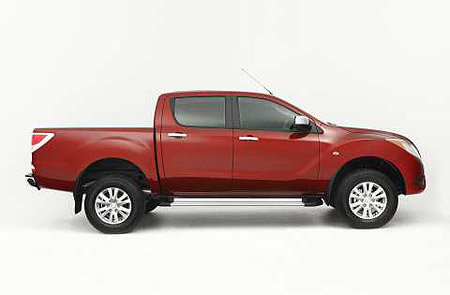 Fortunately for the tradies and farmers who like the BT-50, Mazda has not deserted you and, while the new Mazda BT-50 is going to have more appeal to those who buy a ute for reasons other than work, it looks as though the new BT-50 will still be the solid workhorse you want for business.

Exterior
In designing the new BT-50 ute Mazda obviously wanted something that would fit in with what Mazda describes as their Zoom Zoom brand message and the new lines of the ute’s body certainly do that and move the boxy ute of previous models over towards the flowing lines of a passenger vehicle. 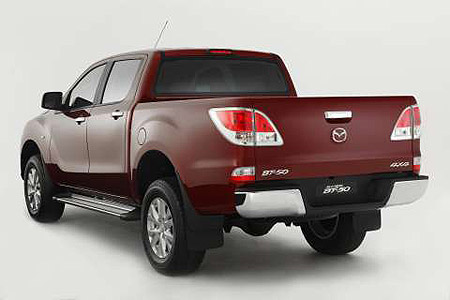 The taillights now flow across onto the tailgate … something that Mazda suggests is a first for the ute segment … and you would have to wonder how those lights will handle the rough treatment that the tailgate of a working ute always gets.

Interior
Inside the new Mazda BT-50 ute the designers have tried to give the ute a more sporty and personal feel with a cockpit that seems to wrap around the driver and the impression of more space for the front-seat passenger. 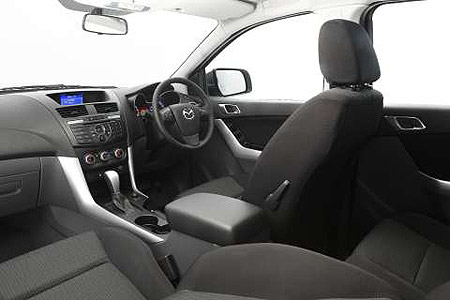 So overall we’ve got a new ute that doesn’t look all that much like the artist’s impression (sometimes you just have to wonder what these artists are on when they draw their impressions) but you do have a ute that will appeal to more people that just those who will use it for business. 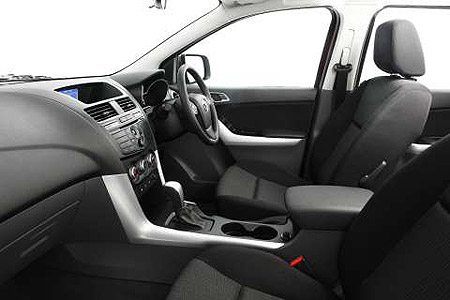 Could we see some jostling for position in the weekend ute market with the introduction of the new Mazda BT-50 ute? I think Mazda are going to have to do a hell of a lot of marketing to get their foot in that door.

By the way, if you want to see the artist’s impression that Mazda released back in September you will find it here.