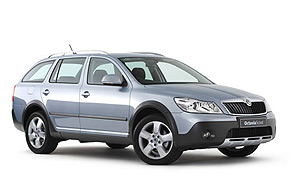 When I hear or read the word ‘Scout’ and see it associated with 4×4 my mind begins to think of ungainly looking 4WD utes of years gone by but there’s nothing old or ungainly looking about the Skoda Octavia Scout 4×4.

In fact it’s a rather smart looking station wagon that hides it’s 4×4 capabilities under a sleek exterior that wouldn’t be out of place in any major city around the world. But looks can be deceiving because the Skoda Scout DSG will take you off the beaten track and bring you back again. 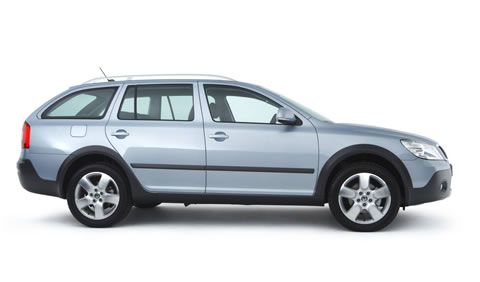 And then there’s the Premium model that adds privacy windows, electric sunroof, leather upholstery and electric driver’s seat with memory.

Both models are powered by a 2.0-litre turbocharged four-cylinder diesel engine that produces 103kW of power at 4,200rpm. Maximum torque of 320Nm cuts in between 1750 and 2500rpm.

Power to the road is transmitted through a six-speed manual gearbox or a six-speed DSG box. Acceleration isn’t fantastic but then this isn’t meant to be a sports car masquerading as a station wagon. Top speed is 199km/h and from a standing start it will reach 100km/h in 10.1 seconds. 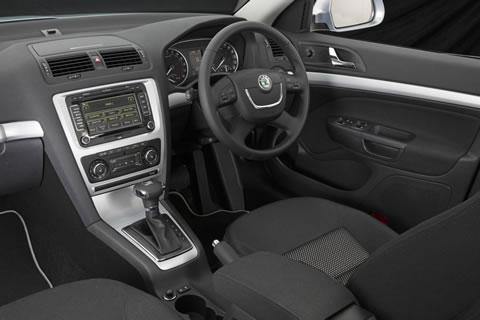 The electronic Haldex clutch in the Skoda Octavia Scout is actually located towards the rear of the vehicle, close to the rear axle. It is based on a multi-segment clutch with

However, they work only if the revolutions of the input and output shafts differ. Only then is transmission of torque to the rear axle needed. The system is controlled by a system of regulating valves via signals from an electronic control unit.

The electronic control unit evaluates all the necessary information such as wheel speed, accelerator pedal position, engine speed, and data from the chassis stability programmes. This information is received via the car’s CAN Bus and is used to regulate the value and development of the hydraulic pressure on the clutch discs.

The clutch can vary the torque distribution ratio between the front and rear wheels from 98:2 up to 2:98.

When braking, the Haldex clutch automatically disconnects, to increase stability. If a sensor fails or the control unit receives questionable information, the clutch goes into a structured ‘emergency’ programme. If the signals from the wheel revolution sensors are interrupted, the clutch is deactivated for safety reasons and torque is transmitted to the front wheels only. 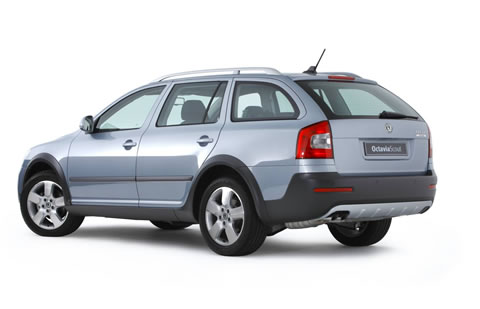 All prices listed here do not include dealer delivery or government charges.