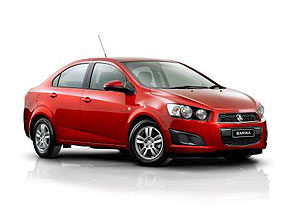 Last year when Holden released the new Barina Hatch they told us that there was a sedan on the way and now it’s here.

Mechanically there’s very little difference between the new Barina sedan and the five-door hatch … both are powered by the same 1.6-litre 16-valve four cylinder engine that produces 85kW of power and the sedan comes with the same transmission too. A five-speed manual box is standard with a six-speed auto as an option,

Safety features in the Holden Barina sedan include a full suite of airbags including curtain airbags, dual front seatbelt pretensioners, electronic stability control and collapsible pedal release and that all adds up to a five-star ANCAP safety rating.

Obviously the biggest changes are in the bodywork at the rear of the vehicle. The boot has a capacity of 502 litres and Holden has worked hard to give the area around the boot what Holden describes as “… a more upscale and sleek appearance …”

The price for the new Barina sedan is slightly more than what you will pay for the hatch.  The recommended retail price (not including on-road costs) is $16,490 for the five-speed manual and
$18,490 for the six-speed manual. 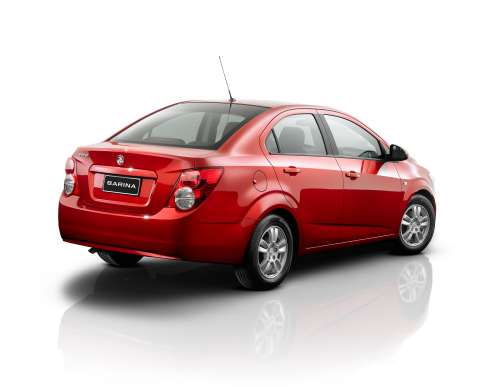 It will be interesting to see how well the Barina sells in what is one of the most competitive segments in Australia.