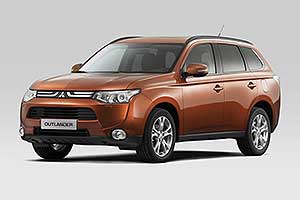 November 18 sees the release of the new Mitsubishi Outlander and while the body is far from exciting there are some interesting additions under the skin that are worth looking at not the least of which is a diesel six-speed auto.

Engine and transmission
Two-wheel drive versions of the new Mitsubishi Outlander are fitted with the latest 2.0-litre Smart MIVEC engine that includes variable lift and timing control as well as ECO Drive Assistant Function and is coupled to either a 5-speed manual tranmission or a continuously variable auto transmission. The manual version will give you fuel economy of 7.0L/100km on a combined cycle while the auto gives a little better economy of 6.6L/100km.

The four-wheel drive version of the ES uses a 2.4-litrre MIVEC engine coupled to a continuosly variable auto transmission that delivers fuel economy of 7.5L/100km on a combined cycle. 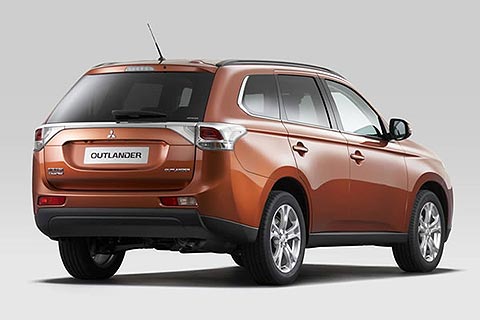 Safety
Mitsubishi say that the new Outlander has been designed to “easily meet the regulations of ANCAP’s five-star rating” although they admit that the vehicle has yet to be tested.

There are seven airbags – driver and passenger, side and curtain as well as knee – standard across the range as is Active Stability Control. Reverse sensors and Hill-Start Assist is also fitted across the range along with ABS, Electronic Brakeforce Distribution.

There are some interesting new features that sadly are only offered as an option on the Aspire models. They include a Forward Collision Mitigation System that detects obstacles on the road ahead of the car and automatically applies the brakes and an Adaptive Cruise Control System that operates to maintain a safe distance between your car and the car in front and this works even at low speeds.

Other safety features that don’t appear until you buy the Aspire include rain-sensing wipers and dusk-sensing headlights. 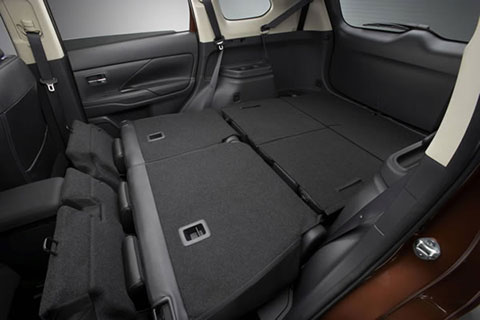 Pricing for the new Mitsubishi Outlander
Recommended retail pricing for the entry-level manual transmission two-wheel drive ES starts at $28,990. The LS is going to take a bigger bite out of your wallet with recommended retail pricing starting at $34,990 for the two-wheel drive version while the petrol version of the Aspire starts at $43,490 and the diesel.

Of course you have to add government and dealer-delivery charges to those prices to get the on-road cost and there are also some options that you can add to your vehicle that will also add to the bottom line.