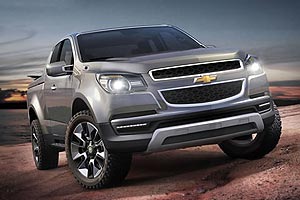 Is this the next Holden Colorado?

Why unveil what could be the next Colorado in Thailand? Well it might have something to do with the fact that Thailand is the world’s largest market for vehicles like this and right now General Motors isn’t in that market with the current Colorado.

So what are we seeing in what GM describes as “a Colorado Show Truck”?

For a start the chassis it’s sitting on is designed to be an all-wheel-drive and the engine that’s currently under the bonnet is a 2.8-litre turbo diesel. 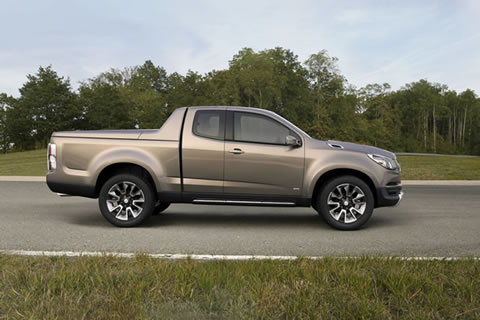 On the outside we can see that the body features an extended cab with doors that open wide to give plenty of access to the cabin. On the inside the dashboard on this show truck includes three-dimensional gauges, the seats are leather and there’s dual-zone climate control too. 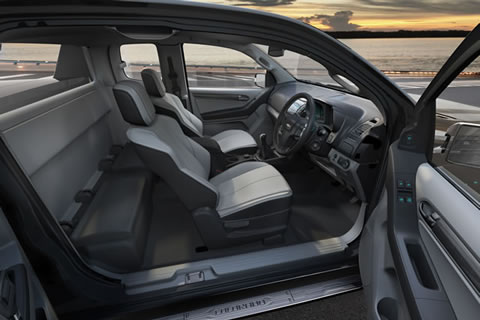 On the centre stack there’s a 7-inch LCD screen that gives drivers access to the Internet or a satellite navigation system.

Of course some of the fancy bits are certain to disappear when the new Colorado goes into production and the base model will be far more Spartan than what we see here but that doesn’t mean that the new Colorado isn’t going to challenge the big three in Australia’s ute market.