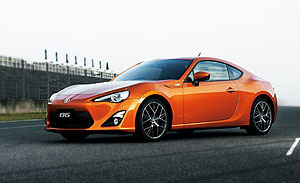 Toyota has just unveiled its latest sports car – the Toyota 86 – a mid-engine, rear-wheel drive car that is all about what the Japanese call “waku doki” or enough excitement to get your heart racing.

The D-4S engine comes with separate twin injectors for both direct and port injection and has a high compression ratio of 12.5:1. This compression ratio provides high torque over a wide range of engine speeds.

The engine redlines at 7,500rpm with a maximum output of 147kW of power and will be available with either a six-speed manual or a six-speed automatic transmission

The compact and light-weight platform combined with rear-wheel drive and the mid- positioning of the engine gives the Toyota 86 outstanding handling characteristics. 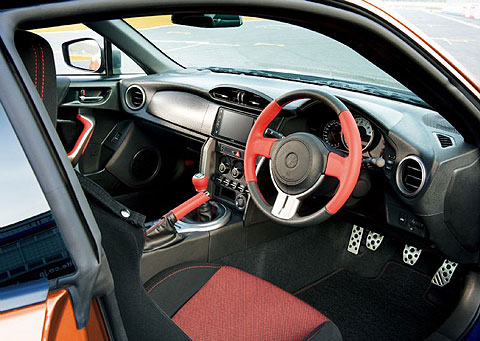 Inside the Toyota 86 there is seating for four and the rear seats can be folded down to increase the luggage space. The seats themselves are designed to provide support during acceleration and cornering and the front seats have been specially designed to prevent elbows from getting in the way when the driver wants to change gears.

The dashboard has been kept nice and simple with easy-to-read markings that are clearly visible … when you’re travelling at high speed you need relevant information delivered fast.

And in a nice touch that is a clear indication that Toyota wants people to understand that the 86 really is a sports car all information dials have been built around the tacho.

There’s no word yet on when we might see the Toyota 86 in Australia but I would expect that this will be a very popular car and demand will probably always exceed supply. 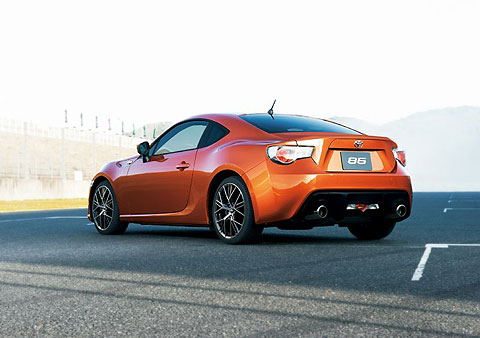